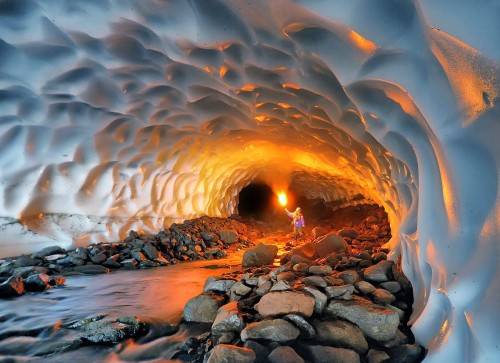 Harrogate / tossergate – “Because nowhere in Stephen’s blogpost does he mention the moment on the panel that really caused the audience to gasp: his casual and unashamed admission that he uses sock puppet accounts to promote his work – creating fake online personas to engage with him, each other and other readers to build buzz and spread the word about his books. When I asked him if his readers knew these accounts were fake, he said no. He seemed totally oblivious that any of this might prove controversial, but it was what most people were talking about afterwards.” The Left Room

Stephen Leather sat on a panel on publishing in the UK.  He said some silly thingslike how fans are a suitable source of editing/copyediting/fact finding (“I tried to explain that with eBooks, an author with a large fan base can use fans to edit and proof-read.  Everyone seemed to think that meant I thought writers could do away with editors, and of course that’s not the case. But not every writer needs a hard edit, some writers need little more than proof-reading and fact-checking and that can be done through fans.”) but he never, in his blogpost, mentioned anything about blithely creating sock puppets. It looks like Leather writes some porny work so if you come across it in the erotica section and it seems well reviewed, it’s definitely a case of buyer beware.

E-readers sales see large decline – “Sales of e-readers saw a quarterly increase of 5.5 per cent but were down a huge 63.1 per cent compared to Q2 last year. According to Digitimes, around 1.53 million e-reader devices were shipped globally during the second quarter.” PCR Online

Readers appear to be gravitating toward the multifunction tablet device and away from the dedicated ereader.

The Social Backlash Conundrum (by @baekdal) #trends – “The [negative behavior] should be hugely damaging for them, and you would expect their social accounts to drop in popularity. Right? But take a look at this graph. It illustrates the total number of followers to their Twitter account. They had about 42,000 followers before the tweet, with a slow growth rate. Then they tweeted about #Aurora being a dress that people should buy, they were hammered online for their tasteless behavior …and …got 1,000+ *new* followers.” Baekdal

It used to be that I would highlight bad behavior here on the blog, but examples of bad behavior occurred so often that the blog would have been one train wreck after another.  Further, I began to believe that bad behavior only serves to increase awareness around a product.  There were studies done that showed whenever a rival detergent was used in a commercial, the rival would see an increase in sales as well.  That’s why in those commercials, Tide is shown to go up against some “popular” brand.  I even think some authors (particularly one successful self published author) intentionally foments online kerfluffles to encourage her main base to support her and go forth and fill the airways about her book’s awesomeness.

There is a purported Canadian who appears to be engaged in wholesale copyright infringement of ebooks by sharing them freely and refusing to abide by copyright notices.  He declares himself above the law or that somehow copyright does not apply to him.  He is even engaging in Stop the GR Bullies behavior by posting the full name, address, and phone number of the authors that are sending him DMCA takedown notices and posting pictures of those authors with their personal information.   Someone asked me if I was going to blog about it and I responded that I ordinarily don’t post links to a pirate site because I don’t want to publicize access.  In this case, posting for the purposes of shaming wouldn’t work because he is brazen.  He is proud he is engaging in this activity.  His domain name server is in the U.S. and I reported that he was engaged in behavior that was infringing. I also contacted Flattr, a micropayment system that the infringer was using.  The company is based in Sweden so I have few hopes that there will be a positive response.

I’m open to hearing ideas from the crowd on how DA can help in this case.  We are limited in what legal action we can take because we don’t hold the copyright to any of the materials being improperly hosted.