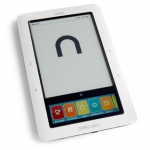 These deals can sell out fast.

A former Random House editor blogging at the Atlantic writes about the changing landscape of publishing. Advances weren’t always the norm:

At Random House, however, the biggest-selling authors were the incomparable Dr. Seuss as well as James Michener, whose regular blockbusters of historical fiction were huge bestsellers. Neither author took advances. Their revenues were so large and steady that they had a permanent drawing account and relied on the publisher and their financial advisers to see that the money was properly invested.

The digital publishing model is built on no advances and it will be interesting to see if advances become a rarity in publishing.   This makes sense, I think, only if speed to market is also part of the digital publishing model.   Authors have told me that advances are important because it can take up to two years or more between sale and publication and the advance represents, in part, payment for lost opportunity sales.

When I was RT, I sat in on a panel about social reading. One topic that came up was how print traditions weren’t necessarily carrying over into the digital arena.   An example given was highlighting and marginalia.   Few genre readers that we knew took notes in the margin or highlighted pages.   Heck, I didn’t even like to crack the spine whereas with digital books I am highlighting and note taking like a freshman at college, high off of white out fluid.   I explained that romance readers came online in droves because so many of us didn’t have supporting readers around us who read romance and that we were often judged adversely for admitting to our reading tastes.   A mystery bookstore owner looked at me and said that mystery readers suffer the very same self doubt.   It appears that all genres feel slighted.   This is all building up to my link. Wait for it.

Rob at Excuses and Half Truths blogged about his outrage that the BBC coverage of World Book Day completely excluded Science Fiction/Fantasy.

Apart from a brief mention of Philip Pullman's Northern Lights as a YA crossover, SF, fantasy and horror were not represented. No Pratchett. No Rankin. No Tolkein or Lewis. No Iain M. Banks, no JK Rowling. No China Mieville or Joe Abercrombie. No Clive Barker, no Christopher Priest. Genres that between them take between 20 and 30% of the UK book market were roundly ignored.

Author Sean Hayden had a hilarious piece about the worst job ever. I don’t know if Hayden writes humorous fiction but if he did, the blog post would be a great exemplar.

Believe it or not this whole tale starts with my sons underpants. He was 7 or 8 at the time and lets just say he wasn't the best "wiper" in the world. We actually went so far as to call him "Skidmarks" for a few days, hoping to embarrass him into being a little more "thorough" (if you know what I mean). I mean trying to break a kid of 8 who's philosophy has always been "Wipe twice and get on with your life" wasn't easy. But we did it. Much to our dismay. Most of my hard earned salary went to the Charmin Corporation. The kid would use a roll each time he had a movement. We went through a twelve-pack a day. We were broke, his ass was clean, and our sewer thingy out front of the house took a shit (pun intended).

Ah, the perils of most favored nation clauses.   Amazon, and probably PubIt! and others, have a clause in their contracts with authors (and publishers) that states something like “in the event of a price decline at another online site, you agree to sell the same product at our site for the same reduced price.”   Kobo, through a software pricing glitch, lowered the price of several Smashword books and this made Amazon immediately decrease the price for those books published at Amazon to the same discounted price (this is why you don’t need to shop around as a reader because Amazon invariably will have the lowest price available).

This is price matching is done without notice to the author which Lee Goldberg learned last night, much to his dismay.   Here is one of the dangers of self publishing. You need to read your contracts and understand the terms and how they might affect you in various situations.

As much as I like Mark Coker, I don’t agree that this is Amazon’s fault.   Coker wrote at the Kindleboards:

Someone on the thread made a comment about Amazon’s predatory price matching practices. I would agree. Amazon knows that these titles are distributed by Smashwords, and they know what the true correct price is because they’re spidering the Smashwords.com web site where the author-set price is always displayed.

This means Amazon has the data to realize that the price change at Kobo was not the author’s fault.

Yet Amazon punishes the author.

Last year, I even offered to share our price list with Amazon so they could use it to satisfy their price parity needs, as opposed to punishing authors for glitches that can occur between us and the retailer.

Amazon doesn’t know what the contracts are between Smashwords and Kobo. Deals can be renegotiated and terms are often confidential.   It is not the responsibility of one retailers to make sure that another retailer doesn’t make pricing mistakes.

Remember Jessica Verday and her withdrawal from an anthology wherein the editor wanted to degay the story?   The “shame on you” post at Publishers Weekly by the publisher of Running Press?   The Wicked Pretty Things anthology has now been canceled.

→ Jane
Previous article: REVIEW: Fury of the Phoenix by Cindy Pon
Next Post: JOINT REVIEW: A Marriage of Inconvenience by Susanna Fraser