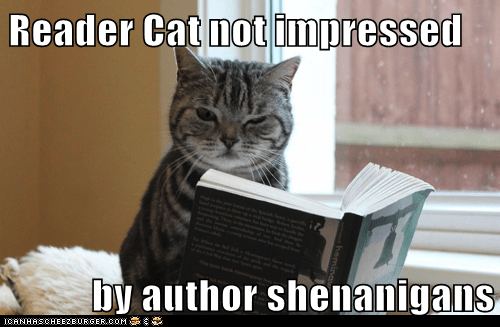 The world is filled with terrible people and awful news. I’m sorry.

New Yorker Writer Jonah Lehrer Fabricated Bob Dylan Quotes in His New Book, Imagine  – “Over the next three weeks, Lehrer stonewalled, misled and, eventually, outright lied to me. Yesterday, Lehrer finally confessed that he has never met or corresponded with Jeff Rosen, Dylan’s manager; he has never seen an unexpurgated version of Dylan’s interview for No Direction Home, something he offered up to stymie my search; that a missing quote he claimed could be found in an episode of Dylan’s “Theme Time Radio Hour” cannot , in fact, be found there; and that a 1995 radio interview, supposedly available in a printed collection of Dylan interviews called The Fiddler Now Upspoke, also didn’t exist. When, three weeks after our first contact, I asked Lehrer to explain his deceptions, he responded, for the first time in our communication, forthrightly: “I couldn’t find the original sources,” he said. “I panicked. And I’m deeply sorry for lying.”” Tablet Mag

Lehrer was caught self plagiarizing his own work earlier this year and since this all was revealed, he resigned from the New Yorker.

Hell for Leather – Margot Huysman – This is a hard story to relate without some prefatory comments. Jeremy Dun is a journalist and author. He heard about Stephen Leather’s sockpuppeting and began to investigate. This led him to WriterRoach’s twitter account. Apparently Steve Roach stepped on the wrong side of Stephen Leather and Leather, because he has nothing better to do, began a serious campaign to smear Roach including using Roach as a villain in one of his short stories and creating a Twitter account in Roach’s name and then tweeting from that account. Yes, one of the most popular British authors is running around creating numerous sock puppet accounts and impersonating other people. Finally Leather got tired of bullying Roach and handed over the Twitter account to Roach. Leather, however, is still sockpuppeting. Kernel Mag, Jeremy Dun

You can read more here. Leather is now threatening lawsuits against Jeremy Duns for … truth telling? I’m not sure. In the US, defamation is defensible by truth. Nothing Dun has said appears to be false. Not sure what the standard is in the UK.  One of Jeremy Duns’ followers pointed him to a law in the UK that prohibits the faking of customer reviews.

Some proprietors may not be aware that astroturfing is illegal, but it is. The Consumer Protection from Unfair Trading Regulations say that pretending to be a consumer and giving yourself a positive review is ‘an unfair commercial practice’. This is a criminal offence and proprietors are potentially liable for an unlimited fine and a prison sentence of two years.

Correspondent for Independent gets Twitter suspension – Erik Wemple – “Twitter shuts down the account of a journalist critical of a company that is partnering with Twitter: Big deal. It’s that last scenario that just unfolded, to the dismay of Guy Adams, who serves as a Los Angeles-based correspondent for The Independent of London. Adams publishes his quips under the Twitter handle @guyadams, and those familiar with his work of late know exactly where he stands on NBC’s broadcast of the London Olympics.” Washington Post

Really wonderful people have died already in 2012. Nora Ephron passed away in last month.  Sally Kristen Ride, Ph.D died a week ago.  She was the first woman in space.  Even more sad, her partner of over twenty years is not entitled to any benefits because of the lack of recognition for same sex partners.  And yesterday news of Maeve Binchy’s death at the age of 72 was delivered.

Finally, let me briefly address the Chick Fil A debacle.  As many of you may know, the CEO came out and said that he supports only the biblical definition of families:

Chick-fil-A is “very much supportive of the family,” according to Dan Cathy, president of the popular fast food chain. That is, “the biblical definition of the family unit,” he said.

And that doesn’t include Adam and Steve, suggests Cathy, whose father S. Truett Cathy founded the Atlanta-based company.

Jim Henson’s Muppets subsequently severed ties with Chick-fil-A.  There is supposed to be a national GLBT kiss in this Wednesday. And finally, the Berenstein Bears posted a note on its site that said “A message from HarperCollins:  We have a long history of diversity and inclusiveness, and are very disappointed to hear recent statements made by Chick-Fil-A.  After much consideration, we have decided to honor our previous arrangement, [sic] with the chain. We have no plans to work with them in the future.”

If you’ve made it this far, have a gander at Buzzfeeds list of cats and dogs getting ready for the Dark Knight Rises.