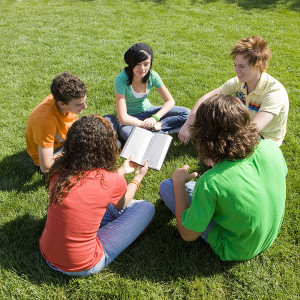 Racist Issues in Victoria Foyt’s Save the Pearls: Revealing Eden – “White people as the lowest race are called “pearls,” Asian’s are called “ambers,” Latinos are called “Tiger’s Eyes,” and blacks are called, well, we never actually learn what they prefer to call themselves. Even though in press and in defenses to her criticism, Foyt has tried to spin that “Coal” was chosen for blacks because it’s “very useful” in society and pearls were chosen because “it’s a useless luxury item,” this just doesn’t hold in the internal logic of the book. …ten pages into the book, Eden gets into an altercation and screams at her Coal direct supervisor, saying:

“Get your hands off me, you damn Coal!”

After this Eden panics and is set upon because she said an offensive term to her boss because, in this world, established in the first ten pages (even if you want to check merely the preview on Amazon for free it’s there), coal is still considered a racial slur.” Legendary Women

I’ve debated whether to post about the book Save the Pearls by Victoria Foyt because it is such an awful book and the marketing is so terrible (blackface) and the comments by the author have been racist (“Conceivably, if the book had not reached the African-American community of readers, if such a category still exists, perhaps there might be some backlash.”). I didn’t want to give such a negative thing any attention at all, but if I were to give it attention, I would want to point toward some great critiques of the book which says everything that I think and then some. (See also here)

The agency model’s impact on ebook pricing – “Agency model and ebook prices — Simon objects to the discount restrictions in the DOJ settlement terms, but he also believes the DOJ has “clearly misread the landscape of ebook pricing.”  O’Reilly Radar

If you want to hear a full throated defense of Agency pricing, you can enjoy this podcast interview with Simon Lipskar, President of the Writers House literary agency. That said, you may want to read Courtney Milan’s takedown of Lipskar’s letter to the DOJ before listening to Lipskar’s podcast.

Indie Author: Congratulations: You Killed LendInk And Denied Your Fellow Authors Their Lend Royalties – “But once a few hair-on-fire, sky-is-falling types of indie authors got wind of LendInk and found their books listed there, they jumped right to the WRONG conclusion that this was some kind of illegal Napster for ebooks and went on the warpath. Rather than take a few moments to read the site’s FAQ, where the specifics of the site and the legality of it were addressed clearly and in detail, these authors immediately started posting warnings to all their author friends about this new ebook pirating site, LendInk. It became an online game of ‘telephone’, with well-meaning people re-posting incorrect claims about LendInk, and the claims about LendInk getting more distorted as they were passed around and new posters added their take on the situation. In a matter of just THREE DAYS, it went from an online campaign of spreading hysterical misinformation to LendInk being shut down.” April Hamilton

LendInk brought strangers together, allowing them to lend legitimately purchased ebooks to each other under the terms and policies set by each publisher (whether it was a self published author or a traditionally published author). Unfortunately, for some reason a number of authors believed that the site was engaged in piracy and in three days got the site shut down. I participate in both the Kindle Owner’s Library program (which requires the ownership of some kind of Kindle device rather than simply downloading a Kindle app) and I’ve received and lent books through Amazon when the book rights permit it. When I use the lending feature enabled for a book, the author does not get a royalty for that book but that is how the system is designed based upon the rights granted by the publisher and in the case of indie authors, by the author herself.

Apple to Remove YouTube App From iPhone and iPad – “On Monday, Apple released a new test version of its upcoming iOS 6 operating system, the software that powers iPads and iPhones, and developers quickly noticed that the app for YouTube had vanished. The change was noteworthy because Apple has included the YouTube app with iOS since it released the original iPhone in 2007. Its disappearance seemed to chill any lingering hints of the warmth that once existed between Apple and Google. … Apple released the following statement about YouTube’s fate: “Our license to include the YouTube app in iOS has ended, customers can use YouTube in the Safari browser and Google is working on a new YouTube app to be on the App Store.”” NYTimes.com

Rethink forced on the use of Facebook by brands – “BRANDS could be forced to abandon social media campaigns after a landmark advertising watchdog finding ruled they were responsible for derogatory comments posted by users on their Facebook pages and other sites. … The Advertising Standards Bureau is poised to release a report attacking Carlton & United Breweries for user comments posted on its official VB Facebook page that vilified sexual identity, discriminated against women and used obscene language.” The Australian

This is in Australia but given the international reach of the internet, it is something to think about.