Massachusetts and Rhode Island Blood Donations | American Red Cross – You have probably already heard but more than one explosion occurred in Boston yesterday, two near the finish line of the Boston Marathon, resulting in numerous injuries and casualties. One thing that people can do in circumstances like these is to donate blood. This is the link for the Massachusetts Red Cross, but you can give blood anywhere and it will be a help to injured people everywhere. American Red Cross 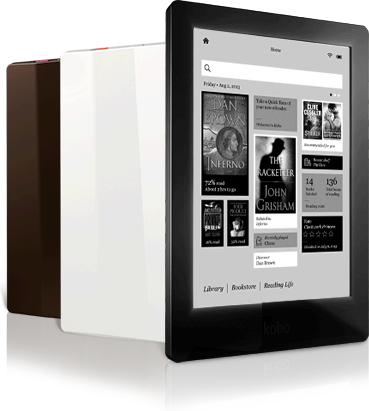 Kobo Aura HD Overview – Kobo has launched a larger eink front light device which they are pitching to the “discerning reader” who they also deem to be price insensitive. For more money, you are getting a larger screen (6.9″ instead of the 6″) and a higher quality display. According to Engadget, the screen display for the Kobo Aura HD is  265 ppi v the Kindle Paperwhite’s 221 ppi. The price of the Kobo Aura HD is $169. The nook and Kindle front lit devices are $119. I stopped recommending people buy a Kobo device because the customer service stories have been terrible. I’m interested in hearing whether that has changed. Kobo

Ebooks made up 23 percent of US publisher sales in 2012, says the AAP – According to the year end report by the Association of American Publishers, ebooks accounted for 22.5 percent of US sales in 2012, however, ebook growth is continuing at decreased numbers. paidContent

Penguin to publish next Mind Candy brands – Penguin Publishing is diversifying by becoming exclusive publisher to brands like Moshi Monsters, Skylanders, and Angry Birds. More interesting is that Penguin is producing apps for these games and brands. Licensing.biz