Welcome back to work, Americans.

Say Hello to Samsung’s Fanboy Factory – The Mobilers Program – I know that the tech blogosphere (along with a few others) have a lot of money attempting to influence them. There are many complaints that Tech Crunch fails to adhere to a journalistic standard (or an FTC standard) about failure of disclosure and conflicts of interest. Samsung has a program called Mobiler which is essentially a tech oriented street team where individuals are leveraged to give coverage of the sponsoring company’s devices. Samsung had contacted an India blogger Clinton Jeff and offered to foot the bill to the consumer electronics show IFA in Berlin, Germany. While there were red flags raised in early contact, Jeff maintained that he would only accept so long as he was designated a reporter and that he would maintain his independence. Once he arrived, he was informed that he would be working the Samsung booth. He refused and Samsung India representative told him that the hotel fees would cease to be covered and that Jeff would need to fly himself back to India. Nokia stepped forward to cover Jeff’s hotel and return flights and Samsung has since apologized. But as one commenter noted, why aren’t there more disclosures on tech sites about paid junkets? The Next Web 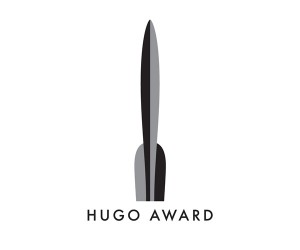 How copyright enforcement robots killed the Hugo Awards – UStream’s automated copyright protection program cut off the completely licensed and thus within copyright live stream production of the Hugo Awards. Right before Neil Gaiman’s acceptance speech, a number of clips were shown from his award winning television shows. UStream deemed this infringement and cut off the livestream. Not even the Hugo organizers could get UStream to turn the livestream feed back on. io9

Microsoft Services Agreement – Remember the TOS-DR.info site that I mentioned a few weeks ago? It is designed to rate and clarify different web sites Terms of Service: http://tos-dr.info. Microsoft has stepped up to provide a more understandable terms of service agreement. For example: Can Microsoft change these terms after I have accepted them? Yes. From time to time, Microsoft may change or amend these terms. If we do, we will notify you, either through the user interface, in an email notification, or through other reasonable means. Your use of the services after the date the change becomes effective will be your consent to the changed terms. If you do not agree to the changes, you must stop using the services and cancel any paid services by following the instructions in section 9.10. Otherwise, the new terms will apply to you. Microsoft

Grey Delivers the Green for Random House – Random House is having a good year. Sales for the first six months of 2012 rose 20%, largely due to Fifty Shades although RH is also the publisher of “Gone Girl” a surprising hit. E-book sales were 27% of US sales and 22% of RH’s worldwide revenue. Random House’s English-language imprints sold 30 million copies of the trilogy in the second quarter alone, RH parent company Bertelsmann reported, with units divided evenly between the trade paperback and e-book editions. Publishers Weekly