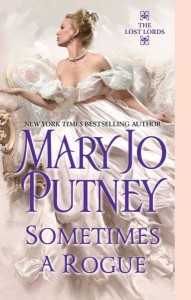 2013 Romance Cover Trends – Stairs, Dresses and Fences…Oh My!  Linnae at the Cover Cafe points out a few trends from stairways to dresses to fences. The big big big dress that looks like it is spawning five other dresses has been around for a while. I’m not in love with it. Cover Cafe

How Deep Has Digital Backlist Gone? – Publishers Weekly reviewed the past bestsellers and how many have digital editions. It makes sense that some popular books that are graphic intensive would have trouble transitioning because of rights and cost. But for the non illustrated book, it seems almost a crime for the title to not have a corresponding digital edition.Publishers Weekly

Amazon to Open First Retail Store in London? – A business consultant linked to a deleted job posting which referenced a physical retail location for Amazon in East London which has given rise to rumors increasing that Amazon would be opening a store and “art show room.” Kind of strange but something to think about. Ecommerce Bytes

→ Jane
Previous article: Together We’ll Break These Chains of Love
Next Post: REVIEW: Too Hot to Handle by Victoria Dahl