This further separation continues to highlight how Barnes & Noble’s Nook Media has no real direction. Riggio is probably desperate to unload it. Perhaps Microsoft will buy it for a song. Maybe Random Penguin should buy it and lease its technology back to Barnes & Noble. paidContent

Let’s Get Digital – Avon EBook Signings at RWA National 2013 – I’ve gone to many an author signing, including BEA, and wondered why they wouldn’t sell digital books. I understand some authors will be offering free download coupons but HarperCollins will be partnering with Autography LLC to sign digital books .

“Using a stylus pen and Autography’s author application on iPad devices, Avon Impulse authors will digitally personalize e-books for fans, signing their name to ePub files and including a customized message.”

These books are free and will be made available at a special signing. No kindle versions, though. Inbox

Francis Ray – A tribute and a memorial – St. Martin’s Press sent this to me and I’m honored to share it with you. 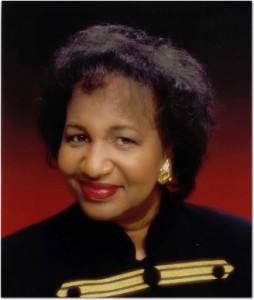 It is with great sadness that St. Martin’s Press announces that longtime and bestselling author Francis Ray passed away on July 2nd.

A native Texan who resided in Dallas, Ray published 54 novels, many of which appeared on the New York Times, USA Today and Essence bestsellers lists. Her latest, ALL THAT I NEED, part of the Grayson Friends series, was published July 2nd, with the next book in the series, ALL THAT I DESIRE, scheduled for publication in the fall.

Ray was first published by St. Martin’s in two anthologies, ROSIE’S CURL AND WEAVE (1999) and DELLA’S HOUSE OF STYLE (2000). Her first mainstream novel, THE TURNING POINT (2001), was a finalist for the highly esteemed Holt Medallion Award, and she subsequently established the Turning Point Legal Fund to assist victims of domestic violence.

Her many awards and achievements include the Romantic Times Career Achievement Award, The Golden Pen, The Emma Award, and The Atlantic Choice. Her 1999 novel, INCOGNITO, became the first-ever made-for-TV movie for Black Entertainment Television (BET).  Her first book to appear on the New York Times bestsellers list was NOBODY BUT YOU (2009)

“I’ve had the extreme pleasure of working with Francis Ray for the past thirteen years,” said Monique Patterson, Executive Editor at St. Martin’s Press. “Francis was passionate, loving, feisty, funny, serious about her craft and about the people in her life. She touched them with her presence and with the stories she shared with all of us—and those stories were emotional and powerful. I think it’s safe to say that Francis paved the way for a lot of writers, especially in romance. She will be deeply, deeply missed by all of us.”

Matthew Shear, St. Martin’s Executive Vice President and Publisher, said “Francis Ray was not only a wonderful writer but she was a particularly caring person who went out of her way to make sure everyone around her was doing well. You could tell from her novels that human interaction and relationships were one of the most important things to her. She will be missed.”