LIBRARY FOR ALL: a digital library for the developing world by Library For All – Looking for a great book related kickstarter? Library for All is a non profit (tax deductible) organization that is trying to create a digital cloud library for individuals who have little or no access to books in developing countries. All six of the major world publishers have committed to this project. I found this project on Mashable and thought the DA community would be interested in it. See, I don’t dislike all Kickstarter projects. Kickstarter 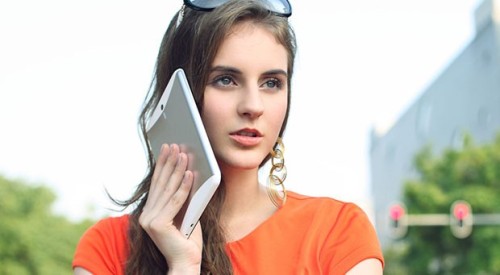 Huawei unveils mid-range MediaPad 7 Vogue tablet that can place calls – Ned mocks me about my interest in bigger screens. He specifically asked me whether I would want to hold my mini iPad up next to my face to answer a phone call. I replied that I have headphones yet, as I stare at this glossy photo, I’m not convinced that holding my mini up to my head would look *that* terrible. Engadget

Falling short: seven writers reflect on failure – The Guardian has seven short essays on the topic of failure by seven famous writers. I’m not sure how I feel that the first one is Diana Athill’s ruminations on failing as a woman to be attractive enough for men but I guess it was interesting nonetheless. She gained confidence in herself by writing and achieving success in writing. “When sometimes during those years I stood back and passed judgment on my life, I saw it as happy. And that is still true, because when love-happiness faded out, writing-happiness took over.” Books | The Guardian

No Names, No Jackets – Mike Cane tipped me off to this new book discovery site. It’s called “No Names, No Jackets” and all you see are randomized one chapters from stories without a title, synopsis or author. It’s kind of like first page but this for published books and the length is one chapter. It’s an interesting experiment and run solely on submissions of authors. You can randomize by genre. The romance ones seem to be more of the literary fiction type and there isn’t any “quality control.” You, the reader, decide what to read and what to pass over. No Names, No Jackets