Hotel Reservations for RT 2014 – If you are planning on going to the Romantic Times convention in 2014, you’ll probably want to book your hotel now. Yesterday, Romantic Times tweeted that the block of rooms it had reserved for the convention were 75% sold out. Tuesday night is completely booked and I suspect that more nights will be unavailable shortly. You can make a reservation without registering for the conference and you 72 hours before your first night stay to cancel.

As Demographics Shift, Kids’ Books Stay Stubbornly White  – Whiteness is not just a problem in romances, it is a problem in all areas of publishing. According to the U.S. Census Bureau, white children under five are becoming the minority yet the books available for those children overwhelmingly depict white children. “A study by the Cooperative Children’s Book Center at the University of Wisconsin-Madison found that only 3 percent of children’s books are by or about Latinos — even though of all public school children today are Latino.” This is an area ripe for expansion, authors and publishers! Here’s to hoping for more diversity in all aspects of published stories. NPR

Penguin and Random House Merger Complete – The Penguin Random House merger is now complete, having been approved by all of the respective government around the world including the US, Canada, China, and the EU, among others. For now, the existing imprints will remain the same in that the two publishers will proceed with the acquisition and publication of books as it did prior to the merger. The head of the US merged company will be two individuals from Random House. According to the Bookseller, RH is larger and more profitable (at least last year thanks to Fifty Shades).

For readers, we should see very little change in the near term and it’s difficult to guess exactly how it will affect us later. Both houses have been reluctant to engage in the high volume discounting that HarperCollins and Hachette employs. One thing that could be improved and consolidated is the production teams. Maybe ever RH digital book will finally have a color cover! We may also see a pooling of resources to improve the technological access to books. GalleyCat 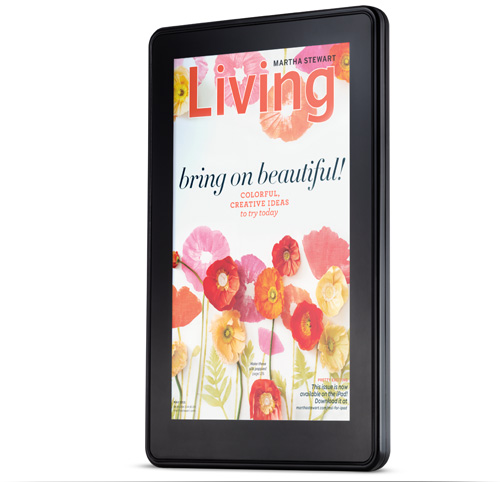 Kindle Fire HD is on Sale – $169 – Perhaps to forestall any hard feelings, Amazon price matched a Groupon that was taking place. The Groupon essentially offers the Kindle Fire HD (7″) for $169 and now you can get that price simply by ordering through Amazon. Nate suggests that the sale is occurring in response to the fire sale of the Nook HD. The Digital Reader

→ Jane
Previous article: REVIEW: A Witch’s Handbook of Kisses and Curses by Molly Harper
Next Post: That Sounds Like Something I’d Hate