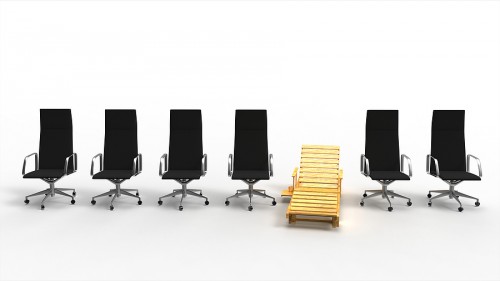 The Headline I Wish We Were Reading: Anthropology Changed Everything – “In a special edition of the New York Times Sunday Review, prominent columnists gathered to reflect on how Michel-Rolph Trouillot and anthropology changed their thinking. David Brooks discussed how reading Global Transformations: Anthropology and the Modern Worldmade him realize the perversity of the Culture Matters volume. “Trouillot’s trenchant analysis of Haiti and the misuses of the culture concept really kept me from saying some very stupid things about Haitian vodoun after the 2010 earthquake,” Brooks commented. “To this day, Trouillot’s anthropology makes me think twice every time I’m tempted to babble about how the education world has become a distinct subculture and recommend cultural diversity in the form of military virtue.”

Thomas Friedman concurred, noting how Trouillot and anthropology changed his columns on globalization and the Middle East. “Trouillot revealed the myth-making involved in ahistorical claims about recent globalization and the need to understand deep interconnections among peoples we typically portray as us and them,” Friedman writes. “Reading anthropology kept me from spouting inanities about Egypt, and of course to be very careful with metaphors: why would anyone ever celebrate a march to war as an audacious shake of the dice?”” Living Anthropologically

Sitting for More Than Three Hours a Day Cuts Life Expectancy – WSJ.com – “Sitting down for more than three hours a day can shave a person’s life expectancy by two years, even if he or she is physically active and refrains from dangerous habits like smoking, according to a study to be published on Tuesday in the online journal BMJ Open.  Watching TV for more than two hours a day can exacerbate that problem, decreasing life expectancy by another 1.4 years, said the report, which analyzed five underlying studies of nearly 167,000 people over a range of four to 14 years.” WSJ

Here’s a link to a stand up desk. Order it, use it and live longer. Actually, can I lie down? Does that generate a longer life span?

Rawlings Sues Wilson Over Brandon Phillips’s “Gold” Glove – “On Friday, Rawlings filed suit against rival manufacturer Wilson, over the glove Wilson supplied to Reds 2B Brandon Phillips. It has “metallic gold-colored webbing, stitching and lettering,” and those things are all copyright infringement, Rawlings claims. Only they have the right to put something goldish looking on a baseball glove.”Deadspin

Oh copyright and trademark infringement. You go on with your ridiculous self.

Cell Phone Companies Reveal Record Number Of Law Enforcement Requests | TPM Idea Lab – “Specifically, the responses sent by the carriers showed a 12 to 16 percent annual increase over the last five years in the number of such requests for user data, the New York Times reported Monday, following up on its earlier article using the new data obtained by Markey.  The requests for user data took the form of various official and quasi-official orders — such as subpoenas, court orders, warrants and “emergency letters,” the latter of which aren’t as difficult to obtain, nor as regulated, as other types of requests.”TPM

Macmillan Knows Publishing Is Doomed, So It’s Funding the Future | PandoDaily – “The publishing giant has given Williams a sum greater than $100 million (he won’t say exactly how much) to acquire ed-tech startups that will eventually be the future of Macmillan. The plan is to let them exist autonomously like startups within the organization, as Macmillan transitions out of the content business and into educational software and services. Through the entity, called Macmillan New Ventures, Williams plans to do five deals this year and 10 to 15 over the course of the next five years. He’s buying companies that will help Macmillan survive as a business once textbooks go away completely.  This includes Prep-U, a quizzing engine for classrooms, i-Clicker, a mobile classroom polling company, and most recently EBI, a data and evaluation startup.”  PandoDaily

I don’t know if Pando Daily is right. I do think it is interesting that the publisher is investing in digital education startups. Isn’t half of Pearson (the parent of Penguin) based on educational products? If textbooks go away, that is likely to be a greater disruptive force that digital fiction books.

Amazon’s Next Kindle Fire Will Ship in Q3 With Improved Display – John Paczkowski – “The next iteration of the Fire will be thinner and lighter than the original. It will also have a built-in camera and a much-improved display. And, more importantly, developers familiar with the device have been instructed to build their apps for a display with a 1280 x 800 pixel resolution, which is a bit different than the 1024 x 600 display of the current Kindle Fire.” AllThingsD

Woman dies after Detroit cop’s gun goes off while they danced – “A 25-year-old woman is dead after she was struck by a bullet from an off-duty Detroit police officer’s holstered gun — which apparently discharged while the pair was dancing, police said.”  Detroit News

This puts a damper on the whole special forces/law enforcement hero books.