BookStats, a comprehensive survey conducted by two major trade groups that was released early Tuesday, revealed that in 2010 publishers generated net revenue of $27.9 billion, a 5.6 percent increase over 2008. Publishers sold 2.57 billion books in all formats in 2010, a 4.1 percent increase since 2008.

Some of the growth is as a result of ebook sales and higher education sales.  Editors and authors, however, all state that print runs are greatly diminished partly as the result of the demise of Borders but also because of more conservative orders by Barnes&Noble and Wal-mart.  I was told that Wal-mart plans to pull kids books out of the toys section and into the books section, thereby reducing available bookspace which is likely to reduce the quantity and scope of the adult section.  Maybe just as many books are being bought, but not in the same way as in the past.

Eoin Purcell encourages publishers to sell directly to the public through their own apps now that Apple has forced all the in app buy links from the major ebook retailers.

Think about it, ebook retailers cannot make money from selling ebooks via Apple’s in-App sales because their margins simply won’t stretch that far. In the case of Agency titles they would be losing money, even on self-published works they might be losing money. However, a publisher, selling direct through their own app, or even a branded app in partnership with a number of other publishers in a given genre, could easily afford the 30% charge and even an administration charge too so long as it was kept low

Harlequin has one of the most robust direct to consumer sales systems out there and they haven’t come up with a in store buying app yet so I don’t expect any of the big 6 to jump on Eoin’s very smart suggestion.

Publishers Weekly posted an article entitled “All Eyes on Amazon Publishing” and suggested that agents were looking at the Amazon imprints with wariness, particularly because Amazon would face resistance in getting its books into the bookstores.  I criticized the article because it failed to mention that an Amazon book did get picked up by Costco.

PW has followed up the article with a report that Barnes&Noble would carry Amazon titles so long as Amazon allowed Barnes&Noble to sell the digital versions.  Ooohhhh.  Right?

Barnes & Noble fell in the latter group, with CEO William Lynch telling PW that the dominant bricks-and-mortar bookseller will stock books published by Amazon, “if we are provided all formats for all of our channels.” Lynch noted that “we will not stock physical books in our stores if we are not offered the available digital format. In recent instances, Amazon’s exclusive publisher deals have prohibited Barnes & Noble from selling certain e-books.”

Speaking of Amazon imprints. I have been fairly critical of Amazon Montlake.  Yesterday, a reader emailed me that the cover of Connie Brockway’s The Other Guy’s Bride had been updated.  It’s quite a bit better.  Or at least it has a historical feel to it. 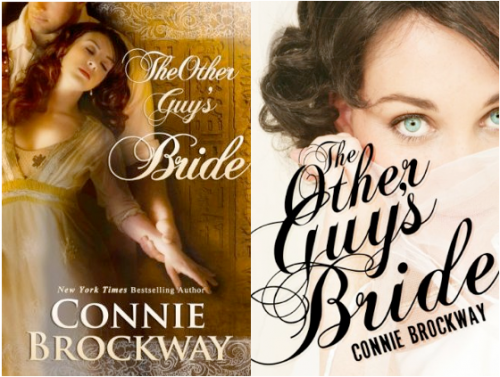 I admit I expected so much more from Montlake. It has all this data that it could use to acquire, market and sell books but it doesn’t seem like it is using any of it.  I still disagree with the pricing of $11.95 for paper and $9.99 for the digital books even if they are discounted.

While the U.S. has got its host of flaws and seems to be restricting more and more individual rights every day, at least we don’t have to face this type of suppression on free speech.  A UK author was awarded 65,000 pounds in a high court for a “malicious” review.

Most of the damages—£50,000 of the £65,000—were awarded for this reason: that Barber’s review included a damaging and untrue allegation. But Tugendhat added another £15,000 to punish her for being malicious. As he explained: “A reviewer is entitled to be spiteful, so long as she is honest, but if she is spiteful, the court may more readily conclude that misstatements of fact are not honest, since spite or ill will is a motive for dishonesty.”