Exclusive: Amazon phone confirmed, could be announced tomorrow – Today is Amazon’s day to announce new products. Woo woo. (Apple will announce a new iPhone in September and reportedly a mini iPad in October. BN is said to announce new products at the end of the month). While most reports confirm two Kindles and a Kindle fire, the Verge is reporting that Amazon’s smartphone may be on display even though they aren’t finished with its design/manufacturing/software engineering? of it yet. The Verge 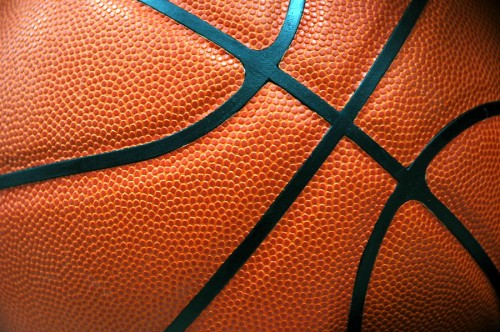 H.S. girls hoops coach put on leave after penning graphic book on sex, women – Post-Tribune – File this under conflicted. HS girls’ basketball coach and guidance counselor releases an ebook for women on how to make men love you. He does this under his own name, not a pen name, apparently? In any event, he says that his expertise is derived from hanging out hundreds of the “fairer sex” in his job. The ebook is the very definition of creepy. He suggests using “cleavage and camel toe” to attract a male. ” Even though I feel I’m beyond the highest caliber of men, I still have a weakness for cleavage and camel toe” and has a whole chapter devoted to being submissive. Basically submit to a man or else he’ll cheat on you and badmouth you to his friends “You submitting to your man can do a world of good. He won’t need to find a dip, he won’t feel the need to resent you, and he won’t feel the need to tell his friends your business.”

Cloud Computing Makes Software Piracy Obsolete – This is an interesting article. Politics aside, the idea that cloud computing pretty much solves software piracy is one I hadn’t thought of before. RWW suggests that antipiracy organizations are scurrying to get laws on the books before the lost revenue argument becomes meaningless. Through cloud based software suites like MS Office or Google Docs, access is far easier to police than rogue copies downloaded for free and sold illegally. Read Write Web

Let Me Draw You Some Pictures: Bob Kohn Files 5-page Comic Book Amicus Brief in DoJ Agency Pricing Anti-Trust Settlement Hearing – I wasn’t going to write about this but I had emails and tweets about it so here goes. Bob Kohn is the CEO of Royalty Share, a company that sells a service of tracking sales and reporting royalties to publishers. Kohn was formerly with EMusic, a partner of big labels who sued MP3 out of business. Kohn failed to utilize the time period to file any public complaint, instead, filing a late request to submit a amicus curae brief that was overlong. (I can’t remember but it was well past the five page limit). Judge Cote allowed Kohn to resubmit a 5 page brief, even though he was past the time to request to file an amicus brief and even though he totally whiffed on the public comment period.

But Kohn is special and thus the judge imposing upon him the same standard she imposed on EVERYONE was really disgruntling. Instead of redrafting the brief, he decided to draw a cartoon where he and his daughter “explain” why the DOJ is so so wrong because they refuse to turn over evidence that Kohn believes will prove that Amazon is engaged in predatory pricing. Of course, Amazon is NOT a party to the suit but Kohn believes he is entitled to that evidence anyway.

Yes, Kohn is getting a lot of attention in the press and the establishment punditry class can’t stop gawping about how awesome this is. PW wrote, erroneously, that Kohn jabs the court for limiting the brief to five pages. No, wrong, wrong, wrong. Kohn could have (I repeat) filed a limit free brief/comment during the public comment period and choose not to do so. But hey, don’t let facts get in the way of pushing a select narrative.The Digital Reader

Speaking of lawsuits, I looked up the Harlequin suit and Harlequin will have until October 19, 2012 to file an answer or file a 12(b)(6) motion. According to the docket, Harlequin Enterprises Limited served on 7/20/2012 but the parties agreed that all the Harlequin entities would be deemed served as of August 13, 2012. I will, of course, post the answer when it is filed.