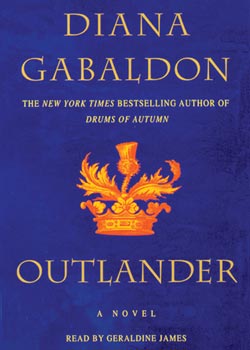 ‘Outlander’ books to be adapted as Starz series – This will be welcome news to some readers and painful for others. 16 episodes of Diana Gabaldon’s Outlander have been ordered by Starz. Filming is to begin this fall and will premiere sometime in 2014. According to the USA Today article, the seven book series has sold more than 20 million copies. An eighth book is due out this fall.   as you prepare to watch this, please remember that Outlander is not a romance according to the author.  USA Today

Indigo Books to open stores abroad – Indigo Books & Music Inc., a Canadian-based chain bookstore, is looking to expand outside of Canada. It has partnered with Apple and will begin to sell Apple products within the store along with other lifestyle goods oriented toward children, tech, and home. The McNally bookstore in New York City intends to introduce home goods and frankly that might be something Barnes & Noble should be looking into. Business – CBC News

$839M Inmate Medical Complex Dedicated in Calif. – Is the zombie apocalypse beginning? Thousands of California inmates are being moved due to a fungal infection originating in the soil of the San Joaquin Valley. “The fungal infection originates in the valley’s soil. About half of the infections produce no symptoms, while most of the rest can produce mild to severe flu-like symptoms. In a few cases, the infection can spread from the lungs to the brain, bones, skin or eyes, causing blindness, skin abscesses, lung failure and occasionally death.” ABC News

Reader Tamar shared this tidbit with me from a the Chief of the Brimfield Police Dept:

Boy, did Serena Williams step in it. Williams is a pro tennis player. She recently did an interview and somehow the Steubenville rape incident came up. If you aren’t familiar with it, do a web search. I posted about it before and won’t go through it all again.

Williams offered some opinions on the case, including this little snippet of wisdom….”Obviously, I don’t know, maybe she wasn’t a virgin, but she shouldn’t have put herself in that position….”

I am beyond frustrated over that line of thinking. Wow. Williams immediately backpedaled the statement; however, it’s hard to un-ring that bell. There is nothing a victim can do; no situation a female can “put herself in” which should result in rape. None. A woman can be engaged in prostitution and still reserve the right to say no.

We are a social bunch of citizens. People go out. They go to parties. They dance, they drink….that is not an invitation for unwanted and/or forceful assault….it’s drinking and dancing. It is not an open door for violence. Rape is not about the act…it is about control and dominance. In the modern age we live in I cannot fathom a female, particularly one with the visibility of a professional athlete, having the attitude and expressing the belief that another female can “put herself” in situation to be raped.

That is giving credence to the rapist….who is a vile criminal.

I don’t care how a person acts, dresses, talks, walks or dances…. Sex is always consensual. There is NEVER and excuse or a situation that results in blame being assigned to the victim.

Those who believe excuses and situations exist need to get their heads out of their posteriors.