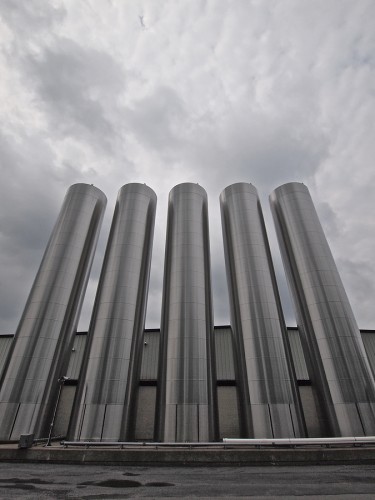 I’ve collated four interrelated stories for you as a snapshot of where entertainment / publishing may be going. The Macmillan one I’ve shared before but it bears repeating in this context. The companies are trying to create vertical silos of intellectual property. Instead of buying 50 Shades or Life of Pi from someone else or instead of selling the film rights to someone else, these conglomerates want to cradle to grave each piece of intellectual property. Only the biggest, strongest, fattest wallets survive this, I think.

Barry Diller and Scott Rudin Explore Ebook Venture (Updated)  – “Barry Diller, chairman of IAC/InterActive Corp., and producer Scott Rudin are exploring the idea of establishing a highbrow literary ebook publishing concern, according to an informed source. Key details about what authors might be involved and how they would be compensated, as well as whether the imprint would issue print versions of books, are not known. In March, Rudin hired John Schoenfelder, the editor of genre imprint Mulholland Books and previously an editor at St. Martin’s Press and Little Brown, to be the director of development for his production company.” Hollywood Reporter

Amazon’s ‘Studios’ effort picks first TV shows to develop | Internet & Media –“Amazon’s “Amazon Studios” project has announced the first four TV series it will develop: three animated shows and a mockumentary, all of which were pitched by way of the Amazon Studios Web site. The Studios project announced last month that it was looking for comedies and kids shows. The Studios effort — which hitherto had been focused on short and feature-length films — is designed to provide original programming for Amazon’s Instant Video service.” cNet

How Publishers Bolster Their Bottom Line by Retaining Film Rights –  “”Why wouldn’t [big publishers] jump in?” asks Brendan Deneen, who serves in the dual role of book editor at Macmillan imprint Thomas Dunne Books and head of its nascent film group. “Content is king,” he says, and developing content is what publishers do best…. These film divisions operate just like producers, acquiring theatrical rights independent of their sister book imprints. The companies believe that by integrating the publishing and development process, the whole will be greater than the sum of the parts. Millions in producing fees and backend profits are just one side of the equation. Functioning as producers, they hope, will give publishers a voice in the marketing of films that could yield higher book sales.” Hollywood Reporter

Gorillas Seen Destroying Poachers’ Snares In Rwanda – “Poachers’ snares pose one of the biggest threats to mountain gorilla populations according to campaigners – and it seems that the gorillas themselves have worked this out, because they’ve been observed dismantling traps.  Field staff of the Dian Fossey Gorilla Fund in Rwanda report that on Monday they saw several young gorillas destroying snares – which maim and often kill gorillas – with their bare hands.”  Huffington Post

A-mazing. I mentioned on Twitter that I’ve read pig shifters, bear shifters, octopi shifters (and heard a rumor of a trout shifter from Samhain) but never an ape/gorilla shifter. I think it is Lillie who replied that in the Laurann Dohner New Species that some of the male main characters have Ape like characteristics and DNA.

Sex assault won’t stop Chicago woman’s row for charity  – A woman decided to row around the perimeter of Lake Michigan in hopes of raising money for her charity to help breast cancer survivors.  This adventure was impaired when a man decided to hunt her down and sexually assault her.  “Investigators think the attacker may have tracked Gibbons’ trip using a map that updated her whereabouts on the website sponsored by the charity, Recovery on Water, at Row4row.org. On Tuesday, investigators released a sketch of the man and continued their search for clues. Gibbons told her story and made plans to resume her trip on Wednesday.”  Chicago Sun Times

This is why women use psuedonyms on the internt.

According to various sources, Amazon is imposing a data cap of 50MB on 3G access and limiting to Amazon.com, Wikipedia, and the Kindle Store. Some enterprising hacker revealed how to tether his 3G Kindle to his laptop, thereby using the 3G for free. Amazon and AT&T don’t like that.