Thursday News: Is the serial revival around the corner? Or a gimmick with a limited life span? 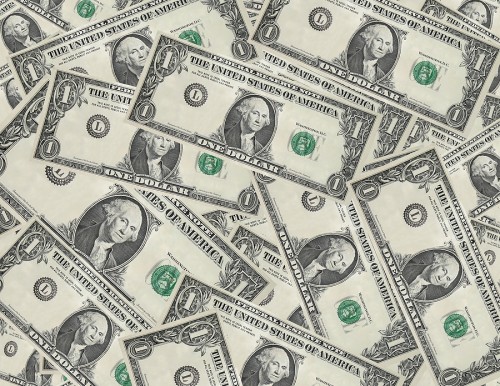 One thing that the mainstream rise of fan fiction may have an impact on is how stories are told.  Fan fiction is almost always told in serial fashion with writers uploading a section or chapter at a time.  Wikipedia says that serialized novels gained prominence in the Victorian period and Dickens is probably the best known serialized author.

One author who is burning up the  charts is self published author Sara Fawkes whose series “Anything He Wants” sells on Amazon for .99, $2.99, and $2.99 for the published versions so far for a total of 111 pages of fiction.  Serials can build anticipation and lead to increased word of mouth.  The pricing for serials, however, is problematic.  Even Fawkes’ fans are chafing about the wait and the price.  Says Gina D on Amazon “I guess I wouldn’t be as annoyed if they were all out but I hate waiting. plus 2.99 is a little much for a quarter of a book, .99 cents probably would be more appropriate.”  The first entry is #20 in the Kindle store, the second is #63, and the third is #79.  It’s hard to say whether Fawkes will lose readership and part of the problem may be the lack of defined schedule.

But Fawkes isn’t the only one thinking serial these days.  Take a look at the following three news items.

AAUP Panel Meeting: Content Chunking and New Revenue | Personanondata | Michael Cairns on Publishing and Technology – “In other media segments, we have seen some price erosion as content has been disaggregated (from album to track, for example) and that is likely to occur in education as well.  It’s too early to tell whether this is good or bad but pricing is already a key factor to students, faculty and administrators; it’s easy to see how a faculty member would opt for affordability especially when coupled with greater latitude to choose content.  Most of the items in the AcademicPub library are priced less than $9 (on a per-student basis) but, at this level, we believe prices are consistent with current ‘full book’ content.  It remains to be seen whether these prices will be pushed downwards in the future. COPE is a concept many in the media industry (and consultants) have been touting for a long time: Create your Content Once but have the ability to Publish it Everywhere.”  Personanondata

This is a pretty fascinating article by the very smart Michael Cairns. Chunking is selling small parts of a larger product so that in the aggregate the producer makes more money. It doesn’t always work that way, of course. Chunking in music has reduced the value of the album but we are seeing chunking take place in fiction. Two examples follow. It was three years ago that Angie James, Sarah Wendell, and Kassia Kroszer and I hosted a rogue digital seminar at RWA because RWA wasn’t interested in exploring non traditional paths of publication. It was the year after digital publishers were shoved out the door and Kassia and Angie were not allowed to give presentations at the time because they were employed by a non  RWA approved publisher. Kassia spoke about how authors needed to be aware of the their rights regarding the selling of their content in chunks. She was before her time.

A Note from John Scalzi’s Editor About His Next SF Book: The Human Division | Tor.com – “The Human Division will be an experiment: an episodic novel, released initially in digitial, serialized form. Currently the plan is to publish these episodes weekly in, roughly, December 2012 through February 2013. Like the episodes of a good high-end cable drama, each one will have enough internal integrity to work as an enjoyable chunk of story on its own, but each will advance a “season”-long storyline as well. Ultimately the entire work will be published as a normal printed book and a normal e-book, in the late spring or early summer of 2013. And we’ll be doing our best to make it so that buying the book in serial form costs about the same as buying the full e-book. There may be some small extra material in the full-length book, because we’re LIKE THAT.”   Tor

Beth Kery serial: Because You Are Mine – InterMix, Berkley/NAL’s e-initial imprint, will release an eight-part serialized erotic romance novel, Because You Are Mine by Beth Kery. The first part will be available on July 31st, with the remaining parts released each subsequent Tuesday for seven more weeks…. Because You Are Mine explores the intense developing relationship between a billionaire and a young graduate student. Ian Noble is a powerful businessman who keeps emotion out of his relationships, only indulging in casual, discreet affairs. But when he meets Francesca Arno, the young artist and graduate student he has awarded a commission to create a centerpiece for the grand lobby of his new Chicago skyscraper, Ian can’t control his reaction. An intense and undeniable chemistry draws them into a passionate, all-consuming relationship that will change both of them forever. Each of the eight parts of Because You Are Mine will be available for $1.99 wherever eBooks are sold. My inbox

→ Jane
Previous article: What Janine is Reading: June 2012
Next Post: REVIEW: Bared to You by Sylvia Day