The iPad Mini is here, finally.  The specs are a 7.9″ diagonal screen with the same resolution as an iPad 2 (which I still own and use. I think the iPad 2 is a great device and while the Retina screen is sharper and clearer, I’ve never felt the lack).  The actual device size is 7.87 inches by 5.3 inches and it weighs almost 11 ounces.  In comparison, the Kindle Paperwhite weighs 7.5 oz.

You can preorder the devices beginning on October 26, 2012, sometime after 12 am EST. I couldn’t find a specific time. 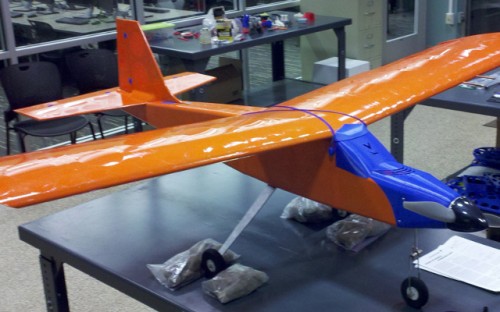 Student Engineers Design, Build, Fly ‘Printed’ Airplane – The MITRE Corporation hired two engineering students to work on a 3D printing project and the result was an unmanned aircraft built solely from parts produced through a 3D printer. The MITRE corporation is a federally funded research and development outfit and this project was commissioned, in part, by the Department of the Army. The plastic plane was built and flown from May through August. It achieved a cruising speed of 45 mph.

“To make a plastic turbofan engine to scale five years ago would have taken two years, at a cost of about $250,000,” Sheffler said. “But with 3-D printing we designed and built it in four months for about $2,000. This opens up an arena of teaching that was not available before. It allows us to train engineers for the real challenges they will face in industry.” A-Maz-ing. Are you guys bored with my fascination with 3D printing yet? UVA Today

EU aims to close Amazon Luxembourg VAT dodge – “The EU’s European Commission has confirmed that it intends to force Luxembourg and France to raise the VAT rate applied to e-books, giving both countries just 30 days to comply or risk being taken to the European Court of Justice. Both countries unilaterally dropped their rates at the beginning of this year in order to equalize the tax charged on printed books with that imposed on digital books. But the moves meant e-booksellers located in Luxembourg, including Amazon, Kobo, Barnes & Noble and Bilbary, could enjoy a tax advantage over e-booksellers, such as Waterstones, located in the UK, where VAT on e-books remains at 20%.” The Bookseller

Barnes & Noble Stores Have Credit Card Data Breach – Over 63 Barnes & Noble stores have had credit card and PIN numbers stolen by hackers who essentially broke into the keypads where you swipe and enter your PIN for payment. B&N discovered the breach on Sept 14 but was allowed to keep the matter quiet while the FBI investigated. A high-ranking official for the company, confirming the security breach, said that hackers had used information from some customers’ credit cards to make unauthorized purchases but that activity had declined in recent weeks. After the news came out on the 24th, the morning of the 25th, B&N released a press statement identifying the stores  and instructing customers on how to protect their accounts. NYTimes.com