Thursday News: I’m running away to join the circus (and the indie bookstores who are suing Amazon should come with me)

DRM Lawsuit Filed By Independent Bookstores Against Amazon, ‘Big Six’ Publishers – I think we all know that I am not a fan of DRM. I have also argued repeatedly that getting rid of DRM would reduce Amazon’s strangehold over readers and allow other bookstores to compete more readily with Amazon. DRM is a huge barrier to entry as articulated by bookseller Lori James with All Romance eBooks or Ruth Curry of Emily Books.

There is a claim of monopoly that can be made against Amazon and the Kindle format, particularly with the rise of the exclusive books.  My best guess is that a claim of tying might be most successful.  A tying claim is the purchase of one good that requires the purchase of a second good. There are two famous modern tying cases.

The first is Eastman Kodak Co. v. Image Technical Servs., Inc., 504 U.S. 451, 461–62 (1992)  In Eastman Kodak Co., Kodak was accused of driving out non OEM repair companies and parts suppliers ensuring that everyone who had a Kodak photocopier had to use a Kodak repair person and official Kodak parts.  The Supreme Court found that one brand of a product can constitute a separate market (aka the Kindle).

In the early 2000s, the US (and virtually every state) brought an antitrust suit against Microsoft. One of the winning arguments was that Microsoft was illegally bundling Internet Explorer with its operating system, making it hard to remove and reducing the Windows operating system interaction with other web browsers like Netscape.

However, these are not the claims being brought by the independent bookstores and primarily I believe it is because the lawyers and their clients don’t have any understanding of ebooks, digital rights management, and the Amazon’s Kindle.  The petition is embedded in the link before and nearly every factual paragraph alleged contains a major inaccuracy.  As twitter user txvoodoo says, the Wikipedia entry has more accurate information than is contained in the petition.

Not to mention both Avon and Tor sell ebooks without DRM.

There’s a suit to be made against Amazon, but this is not it.  When you file a suit, the goal is to strike fear in the heart of the recipient and not laughter.  Guess which emotion Amazon’s lawyers are going to experience upon reading this suit.

We are a notice pleading country which means that the facts alleged in a petition need only be sufficient to put the defendants on notice of the gist of a claim.  But the rank ignorance in the petition signals to me that the counsel wouldn’t be able to mount a cogent argument. 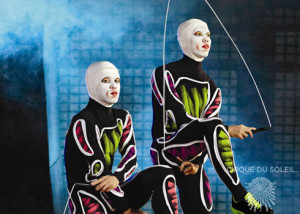 Desk-Defying Stunt: An R&D Engineer Joins the Circus –  I was joking with someone the other day, maybe Smart Bitch Sarah on our podcast, that whenever writer’s had writer’s block it was because of a circus book. Loretta Chase took a break from writing in the mid 2000s and I thought during that break she was said to have been working on a dark story involving circuses. I think Nicole Camden, whose novella I adored in Big Guns Out of Uniform, did not publish anything between 2007 and 2012 (she has a book split into three parts releasing in March), once mentioned the desire to write about circus.

In this news article we have a young man who left the Japanese equivalent of NASA to learn to jump rope well enough to join Cirque de Soleil’s La Nouba. Someone who has written about circuses is Susan Elizabeth Phillips in Kiss an Angel. Business Week

Superfood or Supergross? The Truth About Semen – This article has all kinds of interesting factoids about semen like it is only one percent sperm and a normal male ejaculation contains between five and 25 calories. There is one study that says that women who come in contact with semen in their reproductive tract were less depressed. Thereby proving that happy ever afters can only happen without condoms. I remember when the Semen Cookbook was released on Lulu that I ran a poll about what people would rather ingest and I have to say the results surprised me.


But the upshot (har har) of this article is that unless you are consuming semen in great quantities, ingestion will neither help nor hurt a woman. The spit or swallow dilemma will not be solved by this article. Greatist

Using 3-D printing and injectable molds, bioengineered ears look and act like the real thing – I really believe 3D printing is going to change our world in a way that the shift from radio to television was seismic but the evolution may be so gradual we won’t even notice how it has impacted our lives.

In a study published online Feb. 20 in PLOS One, Cornell biomedical engineers and Weill Cornell Medical College physicians described how 3-D printing and injectable gels made of living cells can fashion ears that are practically identical to a human ear. Over a three-month period, these flexible ears grew cartilage to replace the collagen that was used to mold them.”

The bioengineered ear can help structural deformities but it cannot yet improve actual hearing. There are more efforts to create bioengineered human replacement parts for cartilage because cartilage does not need blood to survive. Science Daily

Defense Distributed’s New 3D Printed High Capacity Gun Magazine ‘Cuomo’ (VIDEO) – But while there are amazing things that can be done with 3D printing like building an exoskeleton for a child or developing human body part replacements, there are a dozen terrifying things that can be developed such as the project spear headed by Texas law student Cody Wilson who, with others, developed 3D printed arms and components. In the linked video, Wilson demonstrates the use of a 3D magazine rifle with a 30 round capacity. TPM Idea Lab