Some Facebook ads pulled over offensive content – A few women’s groups, The Everyday Sexism Project and Women, Action and the Media, began a campaign to get Facebook to start pulling some of the offensive content on its site posted by users. These action groups wanted pictures showing women battered with “jokes” related to their rapes and abuse to be removed. To get Facebook to pay attention, the action groups encouraged people to contact the advertisers on Facebook such as Nissan, Dove, and others. Those companies pulled their ads and that got Facebook to finally respond and “promise[] to update user guidelines, improve moderator training and increase accountability by forcing those posting “cruel or insensitive” content to attach their real identity to their posts”. A more clear rundown is found here.   USA Today 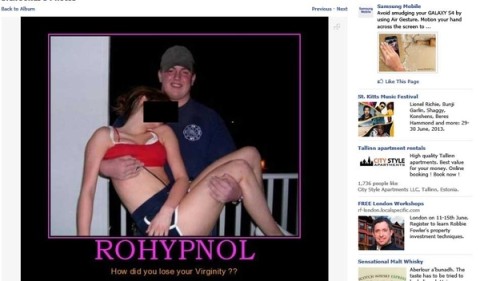 Daily Deals Propel Older E-Books to Popularity – NYTimes reports that the Kindle Daily Deal and Barnes & Noble Nook Daily Finds helps to sell books. This, obviously, does not surprise any readers here at Dear Author but flash sales decrease the risk of a reader taking a chance on a book. What I did think was interesting was that Jim Hilt of BN’s Nook says that sales “peak on Wednesday and Thursday, when customers start planning for the weekend and thinking about which books they are going to read.” NYTimes.com

Kobo Reports 98% Growth in First Quarter Revenue – According to the report on Publishers’ Weekly, Kobo had 98% growth in first quarter revenue with the Kobo Aura HD making up 27% of all Kobo devices sold. Kobo also reports self published titles “accounts for up to 10% of overall Kobo unit sales.” Publishers Weekly