Thursday News: Cloud based emails have no protection; 50 Shades sends out C&D in France; Nook $59 at BN

Publisher cracks whip over ‘Fifty Shades’ spin-offs – This is rich. E.L. James and her French publishers are targeting spin offs. There may be a different copyright law in France but her editor calls these spin offs as parasitical. Given that E.L. James entire series is built around the character archetypes of Edward, Bella, and the Twilight cast, these sorts of claims always generate raised eyebrows and disbelieving laughs. In the U.S., if a claim like this was brought the thing to do would be to attack whether James has a copyright over her work at all, given that it is derivative of the Meyers’ series.  The phrase 50 Shades, however, has been trademarked and that is a different standard than copyright.  Telegraph


“Some of these titles, which pick up on elements of the book, are clearly parasitical,” said Laurent Laffont, editorial director at Lattes, which trademarked the title at the request of the agent of author E.L. James. 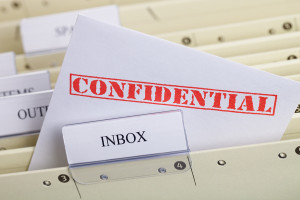 The Real Reason You Should Care About the Petraeus Affair: Privacy – This is pretty frightening. Under a 1986 law called The Electronic Communications Acts, emails stored in the cloud can be accessed by the FBI without a warrant. This is how Petraeus got caught because Google blithely handed over information requested by the FBI. Mother Jones

“All your emails that are more than six months old are legally treated as online “storage” and accessible with a court order or a subpoena to the online service provider. The providers can say no, but usually they don’t. By contrast, listening in on someone’s phone calls requires a warrant based on probable cause, along with a showing that the FBI has done everything else in their power to acquire the information they’re seeking. Now that many people communicate more frequently via email and instant messages than via phone conversations, the difference in standards doesn’t make much sense. Senator Patrick Leahy (D-Vt.) has proposed a bill that would subject requests for online communications to the same high standards required for tapping phones, but Congress doesn’t seem all that interested in passing it yet.”