Thursday News: Atlantic suggests labels for people based on inbox count; NY has released 870,000 fascinating images from the 1800s to early 1900s

What Your Email Inbox Count Says About You – I thought this was a funny categorization of people based on the unread email messages in an inbox. What it doesn’t really identify is how many emails are read but not responded to. Currently I have 47. Most times I get it down to 20. How about you? Technology – The Atlantic Wire 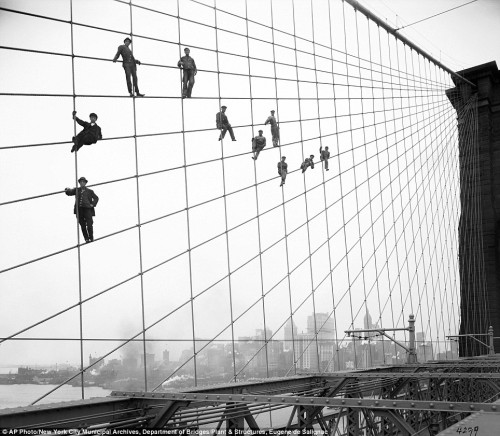 Never-before-seen photos from 100 years ago tell vivid story of gritty New York City – NYC has released a photo database of 870,000 images going back to the mid 1800s. The photos curated by the Daily Mail show a slice of life from the building of the Brooklyn Bridge to crime scene photos. Mail Online

Sorry, but e-readers aren’t dead – Laura Hazard Owen of paidContent argues that ereaders are dead but that growth is slowing down, perhaps somewhat parallel to the growth of ebook sales in general? Her article was in response to IHS iSuppli reports that ereader shipments are falling precipitously, over 50% since 2011. IHS Suppli suggests that dedicated devices are going to be a thing of the past. Hazard Owen disagrees because the dedicated ereading will likely stick with their single function device. I’m inclined to see ereader devices like the Kindle Paperwhite to become more of a niche item in the future, but not for a few years. paidContent

Scholastic Editors Forecast Top 10 Trends In Children’s Books For 2013 – Scholastic provides insight on what it will be publishing in 2013. The heading is kind of misleading because Scholastic and all other major publishers have largely bought and scheduled all their 2013 books so isn’t Scholastic just telling us what books they are going to be promoting heavily (it is a PR release) and hope to take off or is that just the cynic in me? Nonetheless, I laughed a little at number 9 because while it would be great to see more diversity in fiction, particularly middle grade and young adult, publishing is actively engaging in whitewashing. What’s the point of diversity if you are too ashamed to show it on the covers? PR News