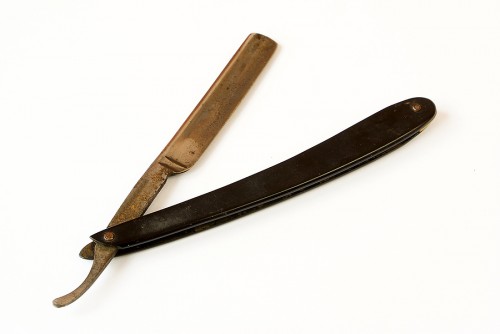 The Straight Dope: Who decided women should shave their legs and underarms? – “The gist of the article is that U.S. women were browbeaten into shaving underarm hair by a sustained marketing assault that began in 1915. (Leg hair came later.) The aim of what Hope calls the Great Underarm Campaign was to inform American womanhood of a problem that till then it didn’t know it had, namely unsightly underarm hair.” Straight Dope

The Ex Factor – “A banker writes her first romance novel I was tempted to ask Shoma Narayanan, senior vice-president HSBC, how she found the time to juggle home and work and write a book. Narayanan won last year’s Mills and Boon Passions contest, and M&B India have just published her first book, Monsoon Wedding Fever, which is also the first Indian M&B which will be released globally, according to a press statement from the company.”

Overall this is a fairly good article. I’m excited to read this book and I love that the profile of the author. From the article is a mini summary of the book:

Narayanan’s couple, though, follow the path previous Indian M&B’s — The Love Asana (Milan Vohra) and His Monsoon Bride (Aastha Atray) — have trod. They’re more new-Bollywood than old-world: he’s an architect from Singapore, she’s a consultant in Mumbai, and they find each other a challenge.

Booksellers, Barnes & Noble to weigh in on Apple ebooks case  – “The American Booksellers Association and Barnes & Noble say the Department of Justice’s proposed settlement with three book publishers is so inaccurate and harmful to booksellers that they are seeking permission to intervene in the case. They have asked the court for permission to file a “friend of the court” brief, a legal tactic to gain publicity and possibly shape the outcome of the case, and presiding Judge Denise L. Cote has said they may do so by August 15.” Paid Content

Amicus briefs are accepted routinely in cases like this. The standard for an amicus brief is that it adds some new argument not already considered by the parties. Given that brick and mortar booksellers aren’t a party to the suit, it is easy to see why Judge Cote would grant the filing of the brief. It also makes Judge Cote look like she viewed all sides of the argument before coming to a decision

Revenue Down, Profits up at Harlequin in Second Quarter, Digital Royalties to Rise – “After a slow start in April, trending compared to prior year did improve throughout the second quarter and that has continued into July.  At Harlequin, we anticipate a decline in second half results attributable to a few factors including higher author royalty rates for digital sales and a comparison to a particularly strong financial performance in the second half of 2011” DBW

Profits are up even though revenue is down at Torstar. Not sure about the breakout for Harlequin.

Panera, others are planning more pay-what-you-can cafes –  “The plan went like this: The menus at Panera Cares Cafe wouldn’t list prices, only suggested donations, and rather than handing money to a clerk, customers would drop their coins and bills into donation bins at the counter. They could pay the full suggested price. Or pay more. Or pay less — even nothing — if that’s all they could afford. But it would be a place where everyone who needed a meal could get one.” USA Today

A couple of years ago, I was in my car waiting to get my hot tea in a coffee shop drive thru. When I got to the service window, I was informed my tea and breakfast sandwich had been paid for by the person in front of me. What an amazing random act of kindness. A while later I was having dinner with my daughter at a local restaurant when the waitress came to tell me another couple had paid for my bill. Since then I have made it a practice to pay it backward (or pay it forward) by buying someone else’s breakfast order a couple times a month. In my mall there is a Chick Fil A and a Panera. Guess which one I’ll be choosing.

I don’t know whether to be more disheartened by the pranksters or for the purchasers.

Some clean up items.

2)  Remember the Chicklitgirls?  They were the site that was charging for positive reviews.  After the author’s blogpost was picked up by blogs like Popehat and TechCrunch, the chicklitgirls took their site down and put up a “coming soon” page.  Now it appears like the site is completely gone as is the twitter feed.