Author LK Rigel’s self published book, Spiderwork, has a gorgeous cover. So gorgeous that HarperCollins contacted the artist to purchase it from her. The artist refused. No matter, thinks HarperCollins.  (Updated: the cover art for Bewitching will now be changed) 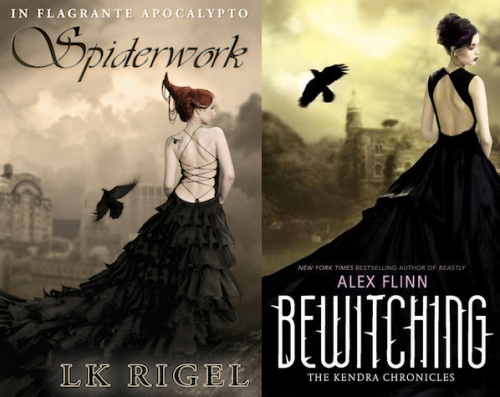 In an email, Nathalie Suellen, the artist, shared she was originally contacted by writer LK Rigel about the license for Suellen’s original artwork ‘City of Angels’ which was created in 2009.  The license was sold to Rigel and Rigel used it on her book  “Spiderwork.”  HarperCollins contacted the artist in May 2011.  The company offered her 4,000 dollars (a very normal value offered for cover art) but knew that the art had been sold to another author.

The artist refused because the cover art had already been used on a book and she didn’t think it was right for the same cover art to grace more than one book.   Suellen offered to create another image, including one with the same model but eventually the parties could not come to an agreement.  Suellen had no further contact with HC and thought the matter had been dropped.  (Read more at Suellen’s site)  Then the “Bewitching” cover appeared.  Suellen contacted HC and received no response.

I emailed HC and also have not yet received a response.

This is a debacle and it makes the author of “Bewitching” look sad. Witness her facebook page about the input she had on her cover (this entry has since been deleted but a page on her livejournal is still active).

Llike Kendra has that purple streak in her hair and the black lipstick because I said that she needed something to make it clear she wasn’t just a normal girl heading for the prom. And I suggested the crow. But no, authors do not design their covers.

Having said that, the cover of Katie MacAlister’s book appeared to be lifted from a photograph and hasn’t been changed. Donna Ricci posted an overlay of the cover on top of the photograph to show the similarities. 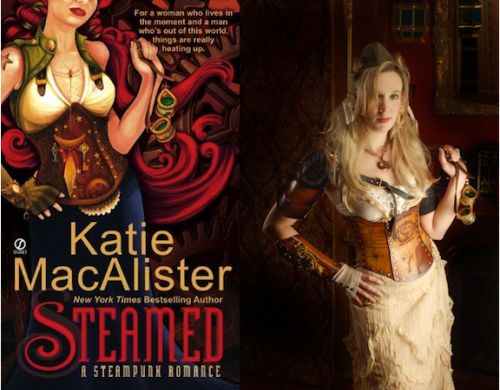 Then there is this cover art from Dreamspinner Press (and here is a link to an overlay): 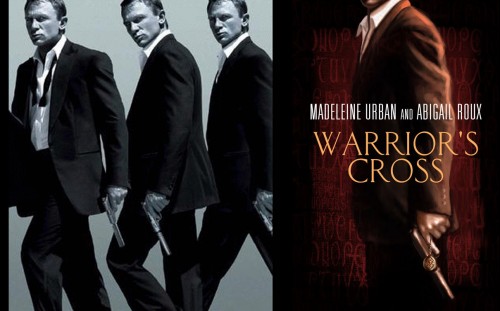 I’m not very familiar with art and copyright.  Recently there was a lawsuit by tattoo artist who sued Warner Brothers for the unlawful copying of the tattoo design created specifically for Mike Tyson.  It may well be that all these covers are within the rules of copyright because they aren’t actual copies, but pieces inspired by the original.  If it was the written word, I think most people would call this plagiarism.   The question is whether publishers want to blur the lines for cover art that seem to be sacrosanct for the written word.

Hopefully HarperCollins and their amazing art department will come up with something original and honor the artist’s original refusal.