The Story of the Jena 6: A Miscarriage of Justice 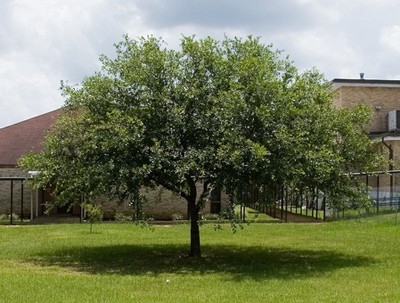 In a high school in Jena, Louisiana, a beautiful shady tree became a symbol of the racial tension. The high school allowed the school property to be coopted by the whites and it was known as a “whites only” place for students. A black freshman decided he would like to sit there and went to the principal about the tree. A day later, after the freshman requested to sit under a tree, three nooses were hung.

A few of the star football players, who were black, staged a protest by standing under the tree. The incident was reported to the principal who called the incident a “prank” and suspended the offenders for three days. This incident led to heated racial tensions. At an all white party in the fall, a black student was struck over the head with a bottle. The white offender was charged with a misdemeanor.

In another incident, a white man pulled a gun on a group of black kids. The black kids wrestled the gun away and reported the incident to the police who charged them with attempted robbery of the gun.

The situation came to a head on December 4th when a fight broke out and six black teens were arrested and charged with aggravated assault. A white teen was battered and concussed and spent a few hours in the hospital. He was released and attended a party later that evening.

The DA was committed to making a statement with the three black teens and increased the charges to second degree attempted murder and conspiracy. In a statement to the press, the DA promised that when the 6 boys were convicted, he would pursue the maximum penalty allowed by law which could be up to 100 years.

In a two day trial in which the defense offered no testimony, no witnesses, the first of the six boys was convicted of aggravated second-degree battery and conspiracy to commit the same. This conviction carries with it a maximum penalty of 25 years in prison. The boy has already spent months in jail while his family scrambled to come up with enough money to meet the high bail set by the judge.

This boy is known as one of the Jena 6 and this story is not one that happened in the 1930s or 1950s or 1970s. It happened last year and Mychal Bell was convicted on June 28, 2007, just a month ago. I read a few comments on other blogs where the Intel ad appeared in which the commenters claimed that people were reading too much into the ad and that racism really was overplayed.

When I read the stories about the Jena 6, I was moved to tears at the injustice of it. A two day second degree murder trial? It would take longer to pick a jury than to try a case. I’ve read that a number of scholars and lawyers are collaborating on the appeal of Mychal Bell and in the defense of the next 5 trials.

You can read more about the Jena 6 and the travesty of justice that is happening right now, in our country at the following sites: