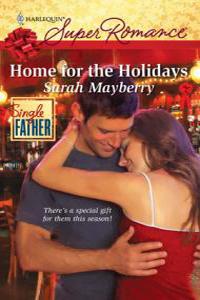 I hope you are enjoying the holidays. We are taking a mini vacation this week (if you haven’t noticed the light schedule this past week) which means only one review a day and no opinions. Today we’ve got a link roundup and a review. We’ll be back to our regular schedule on January 2nd along with a brand new look. Think blue.

Ursula K. LeGuin charges the Authors Guild with selling authors down the river by entering into a settlement agreement with Google. The Authors Guild responds by saying that it couldn’t allow a court ruling on the case because if Google won and the scanning and snippet display were considered fair use any Tom, Dick or Jane with a scanner and time could set up a search engine of books.

Amazon claims that on Christmas Day it sold more ebooks than physical books. This is hardly surprising since Kindle was a hot Amazon gift item and what else are you going to do when all the stores are closed but download music, movies and books? Of course, as always, Amazon doesn’t release numbers. As for Barnes and Noble, apparently unprepared for the onslaught of people who got nooks for Christmas wanting to actually use the devices, the retailers servers crashed and the nook was unable to complete people’s download requests for all of Christmas Day.

Washington Post writes that there is a conflict brewing over ebooks because consumers’ desires aren’t being met by publisher business plans. As customers move toward wanting instant access to all books published, publishers are working to funnel customers back to the retailers. The Post hasn’t quite caught on to the publishing mindset because it ends with this:

But if the publishers want a role in the e-books business, they’ll need to get over it and get on with it, embracing lower-priced e-books with higher author royalties. That seems unlikely. Because it’s now clear that publishers just don’t want to listen to what their customers are telling them.

We know that the publishers are listening to their customers. It’s just that the customers aren’t the readers. In Carolyn Reidy’s 2009 year end statement, she clearly defines the customers as the resellers:

The U.S. bookselling marketplace has been truly lackluster, and year-on-year sales at most of our major customers have declined significantly.

The rumors of the Apple Tablet are heating up with discoveries of a website called iSlate having been purchased by Apple and that they have rented a stage at Yerba Buena Center for the Arts in San Francisco for late January. All signs point to a major product rollout. You can read a roundup of the Apple Tablet rumors here. Essentially it sounds like an announcement of a 7-10″ tablet running around $500-$1000 available sometime in early to mid 2010.

Random House makes a move in the right direction by making more of its digital books available internationally. English language books will be made available worldwide, for any region Random House owns (or believes to own) the digital rights. I hope more publishers and authors will do this because it doesn’t make sense to leave piracy the only available path for international digital readers.

Finally, All Romance eBooks has over 170 novellas, short stories, and a few novels for free at its webstore. I haven’t looked at the list sufficiently to tell you what is worth downloading except for this book by Sarah Mayberry. Home for the Holidays is quite a good read and it’s a steal at the price of $0.00.

→ Jane
Previous article: REVIEW: Worth Fighting For by Molly O’Keefe
Next Post: Open Thread for Authors (Author Promo) for January 2010