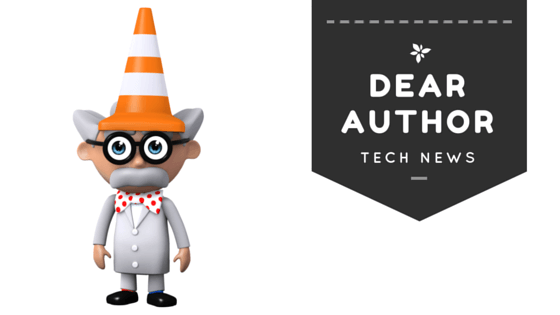 Your next tinfoil hat will won’t be made of tinfoil. A small company called Conductive Composites out of Utah has developed a flexible material — thin and tough enough for wallpaper or woven fabric — that can keep electronic emissions in and electromagnetic pulses out.

It’s not exactly new. There’s been paint that does this. But I say have some fun with it in the comments. What Romance Novel plot to you see coming from this?

From this scary article:

The bug takes advantage of the way that Mac OS X 10.10 (Yosemite) decides which programs can make changes to your computer without your password. Yosemite lists those programs in a hidden file called Sudoers. But the bug allows malware to be listed in the Sudoers file as well.

OMG!! Why did no one think to set the malware flag to 0? FFS. Someone wasn’t thinking very hard about that. But seriously, the whole point is that the malware gets slipped in there in non-obvious ways (assuming reasonably competent developers)  It’s really not like you can say, oh, hey, don’t forget to set that up so no malware gets in there. I admit, however, that the sudoers file should require the developers who are better than reasonably competent.

Bitcoins or your Family Photos are Toast?

This Wired article about Ransomware got me to thinking.

That’s when your computer gets encrypted without your knowledge and then you have to pay money to get unencrypted. This has been on my mind lately because Radiolab, one of my favorite podcast channels, recently had a show about a woman who fell victim to this malware. Here’s the link to the show.

After some thought, I think I know what I’d do, which is say eff you. But them my mother always said that I’d cut my nose off to spite my face. I know it would be horrible, but I do believe my most critical files could be recovered from non-computer or attached drive sources.  What would you do?

Also on Radiolab is this amazing story they titled Staph Retreat.

What happens when you combine an axe-wielding microbiologist and a disease-obsessed historian? A strange brew that’s hard to resist, even for a modern day microbe.

In the war on devilish microbes, our weapons are starting to fail us.  The antibiotics we once wielded like miraculous flaming swords seem more like lukewarm butter knives.

But today we follow an odd couple to a storied land of elves and dragons. There, they uncover a 1000-year-old secret that makes us reconsider our most basic assumptions about human progress and wonder: What if the only way forward is backward?

This is my favorite kind of story because it’s about history, science, and Old English. Give it a listen.