Racist Children’s Book Not to be Included in Collection 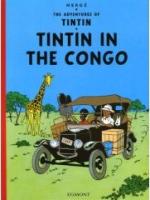 Last week was banned book week so it is a provocative time for Little, Brown Books for Young Readers to pull Tintin in the Congo from its fall list. Tintin in the Congo has been widely criticized for its racist depiction of Colonial-era Africans. The “in the Cong” book will also be excluded from the box set of 24 books in the Tintin series to be released to coincide with Steven Spielberg and Peter Jackson's forthcoming Tintin movie which is slated to debut in 2008.

Belgian artist HergÃƒÆ’Ã‚ © wrote the Tintin book and drew the accompanying illustrations which features dialogue that is considered racist as well as pictures of Africans who resemble monkeys. Borders will be stocking the book in its adult section.