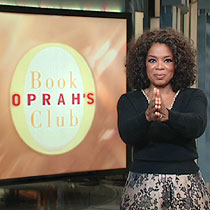 The AP has an interesting story today about Oprah’s recommended reading list. One of the titles that was featured as a “guaranteed page-turner from Oprah’s personal collection” was Forrest Carter’s The Education of Little Tree, a story set in the Great Depression about a young orphan who goes to live with his Cherokee grandparents and learn the Cherokee way of life.

The book was originally published in 1976 to some acclaim. In 1991, the ABA made Little Tree its inaugural ABBY selection which honors little known treasures loved by ABA booksellers. Sometime after the 1991 ABBY award, the book came under scrutiny and it was revealed that Forrest Carter was really Asa Earl Carter, a member of the Ku Klux Klan and former speech for George Wallace.

Oprah pulled the listing after being contacted by the AP. Oprah is aware of the history behind the book and has taken the book off her “personal shelf.” Interestingly, James Frey’s A Million Little Pieces, still remains as an Oprah Book Pick even after she denounced him and his editor on her television show.