Tuesday News: What are you looking forward to in the New Year?; Banished words; Favorite books 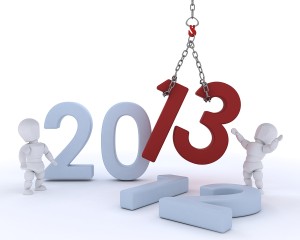 It is hard to believe that this is 2013 already. I feel like the year passed by in a whirl. 2013, for me, was the year of the self published book where we found gems and goats. The Kindle, digital reading and self publishing is remaking the world of books. I’m not sure where it is going but it is certainly an interesting time. My biggest worry about 2013 is a devolving interest in well produced books. I know my standards have slid and from reading message boards and reader comments, others have as well. Hopefully, 2013 will see more authors interested in producing quality works in addition to great storytelling.

What are you looking forward to in 2013?

Smugglivus Presents: Ana & Thea’s Most Excellent Books of 2012 – Ana & Thea give their best of 2012 list. The list is eclectic and really has something for everyone. The number one book on Ana’s list is Code Name Verity. The interesting thing about CNV is that it finally hit the NYT Bestseller list two weeks ago after having been released for 8 months. Consistent word of mouth has propelled this book into the mainstream. Jayne reviewed it here The Book Smugglers

Smexy’s Top Ten Favorite Sex Scenes of 2012 – Mandi writes about her favorite sex scenes of 2012. Restraint, a tiny bite sized story, is included in the list. Restraint is a favorite of Rosario who gave the book an A- and says “Artie is a character I’ve truly never read before, especially not in erotic romance. He’s quite simply really, really repressed and struggling with his feelings for Mallory, which are very powerful. When Mallory understands this, he doesn’t stand a chance. It’s one of the hottest things I’ve ever read, and more so because it’s combined with really strong emotions and genuine romance, with a happy ending that fits perfectly.” Smexy Books

Dumb Poisoners: A Year-End Appreciation – Deborah Blum contemplates the failed and idiotic attempts of some of the stupider criminals. She starts out with the Florida woman who tried to kill her husband by crushing up a bitter tasting bill into his tuna sandwich. In reading the article, I disagree that the drug was the sign of the criminal’s stupidity. Instead, it was the woman’s bragging to a family member of her actions. Never brag about your crime. Unless you are Patrick Bateman and work with a bunch of clueless stockbrokers. Wired.com

The Words That Will Be Banished in 2013 – Michigan’s Lake Superior State University has issued its 38th year end report on words that should be banished from our vocabulary. The list has more idiomatic phrases than actual words such as YOLO (you only live once) and Kick the can down the road. People have problems with Passion or Passionate and Spoiler. Really? The Atlantic Wire

→ Jane
Previous article: REVIEW: The Submissive by Tara Sue Me
Next Post: REVIEW: The Christmas Carrolls by Barbara Metzger