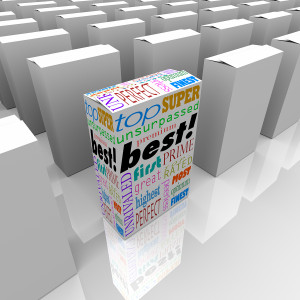 Book Reviewers for Hire Meet a Demand for Online Raves – NYTimes.com – This NYTimes article simply confirms what we know is true. Buying reviews is worthwhile for authors. It’s not ethical, but it works. Jason Rutherford set up a business to sell reviews. At one point he was making $28,000 a month.  He would hire people using Craigslist and one paid reviewer earned $12,500 in just a few months.  She never read the books.  She didn’t have time to, you see, she was too busy writing fake reviews for money.

For a 50-word review, she said she could find “enough information on the Internet so that I didn’t need to read anything, really.” For a 300-word review, she said, “I spent about 15 minutes reading the book.” She wrote three of each every week as well as press releases. In a few months, she earned $12,500.

“There were books I wished I could have gone back and actually read,” she said. “But I had to produce 70 pieces of content a week to pay my bills.”

But buying reviews has paid off for both the reviewer and the author.  One of Rutherford’s clients was John Locke.  You remember him, right? He was the first self published author to be a Kindl-aire, selling over 1 million copies of his self published books.  Some of Locke’s success may have come from the 300 reviews he purchased from Rutherford.  Numerosity matters to companies like Amazon.  For instance, if you get the right mass of individuals to buy your book at the same time, the book can appear on the bestseller list.  Never heard of an author before and see her book on the list?  That may very well be why.

Author loops exist for co dependent self promotion like this.  Mailing list emails will go out asking for “Likes” because a sufficient number of likes will move a book to the top of a search engine result and can be included in Amazon’s email lists.  Being included in an Amazon email instantly results in success.  Self publishing is rife with unethical behavior from the tagging/like parties coordinated between authors to the republication of existing books so that they appear at the top of coming soon lists to buying reviews.  A very well followed publishing guru is Dean Wesley Smith who famously wrote “Please, I know I will make typos and such.  I don’t care and please don’t tell me. Thanks. If you have trouble reading something with a few typos, please don’t read these stories. There is no such thing as a perfect story and I ain’t trying to write one. Or 100 for that matter.”  Stephen Leather, one of Britian’s biggest self publishing successes, uses sockpuppets and fake accounts to create chatter about his book.  We know from our Fiverr mole that obtaining a positive review is easy and cheap; and buying reviews work:

I clicked on the reviewer’s name and saw a list of dozens of other five-star reviews that they had written. Every book was self-published, and every book was rated five stars. I recognized one of the authors on the list as a self-published writer whose ebooks regularly hit the Kindle charts’ Top 100. “You need a critical mass of readers to generate word of mouth,” the author wrote in a guest post on a popular “indie publishing” blog. Word of mouth, or a critical mass of fake reviews and purchases to push your ebooks into the Kindle Top 100? With ebooks, visibility is a big part of the marketing  equation. Once an ebook hits the Kindle Top 100, sales tend to snowball as new customers discover it in greater numbers.

The reason why buying reviews is so prolific amongst self published authors is because their books are cheap. A self published author can set their book to free or $.99.  The reviews they buy can be from “Verified Purchasers”.  It is much more expensive when one’s book is $7.99, and probably not feasible.  I don’t doubt that the majority of self published and traditionally published authors aren’t engaged in unethical behavior but when one man is making $28,000 a month on selling reviews, a large number of authors are engaged in gaming the system.  These authors are like athletes who take steriods and achieve hitting records.  Their success was predicated on a cheat.  Unfortunately, cheaters do prosper.

What Happened To the Long Tail? – Chris Anderson famously argued (http://www.longtail.com/about.html) that the digital access to entertainment would shift from a hits focused business to a niche dominated business thus enabling more creators to make money. In publishing, as the transition from print to digital is taking place, backlist sales have slowed due to a lack of retail space reducing discoverability for backlist titles. Digital backlist titles are growing but not at a rate that is meeting or exceeding the loss of sales from the print backlist. We’re still in that hits focused business model. Look at how 50 Shades success has propped up Barnes & Noble’s bottom line. Perhaps Anderson’s theory that entertainment moves away from the hits once digital consumption is the dominant form of retail. Publishers’ Weekly

Bertelsmann: Penguin/HC merger report is ‘speculation’ – Bertelsmann is the largest publisher in the world and now there are rumors that it may merge with Pearson, the second largest publisher in the world, or HarperCollins, which has been severed from the movie arm of NewsCorp. Bertelsmann provided no comment when asked about the rumors saying it does not comment on speculation. The Bookseller

Deborah Cameron defines online dictionaries – This is a fascinating essay on the evolution of dictionaries, the influence of crowd sourcing, and the need, in Cameron’s opinion, for lexicography to be left to the experts else dictionaries become repositories for ephemeral neologisms. I also thought Cameron’s argument that to erase past definitions is to erase part of our history. We shouldn’t forget where we came from, even if it is a shameful past.  Word geeks, this is an article I think you would find fascinating. berfrois

Breaking down Apple’s $1 billion courtroom victory over Samsung – Apple and Samsung have been in a patent litigation trial over Apple’s accusations that Samsung infringed on three use patents and four design patents. Samsung argued that a) the patents weren’t valid and b) if they were valid, Samsung didn’t infringe. The jury bought Apple’s argument and found that all the patents were valid and that Samsung willfully infringed on most all of them. The use patents involved things like tap to zoom, two finger zooming, single finger scrolling, and a bounce back feature (where the document returns to flush to the screen if you scroll beyond the edge). The design patents included the edge to edge glass, placement of the speaker, rounded corners, a single centered home button, and a grid style icon layout. The jury awarded over a billion dollars in damages.

If anything, Apple’s win shows how desperately patent reform needs to happen. It will stifle innovation because the only company that can improve on things like a grid style icon layout or an edge to edge glass design will be Apple and who needs to innovate when you don’t have any competitors in that area? Think of science and how once science discovery builds on another science discovery until something miraculous happens like drugs that help to treat Alzheimer’s. With these types of restrictive patent laws, there is no building one design upon another. Imagine how literature would look if patent rules were imposed; yet, more restrictive intellectual property laws are being pushed by huge corporations like Disney all the time. Engadget