adblitz  Did you miss a SuperBowl commercial? Adblitz compiled them all in this channel. Don’t worry, though, they were as sexist as ever. YouTube Ad Blitz Channel

Possibly the best ad, however, was the Oreo twitter response.  The power went out in the SuperDome in New Orleans due to a power surge or something (the power company tweeted it wasn’t their fault).  Oreo tweeted this ad: 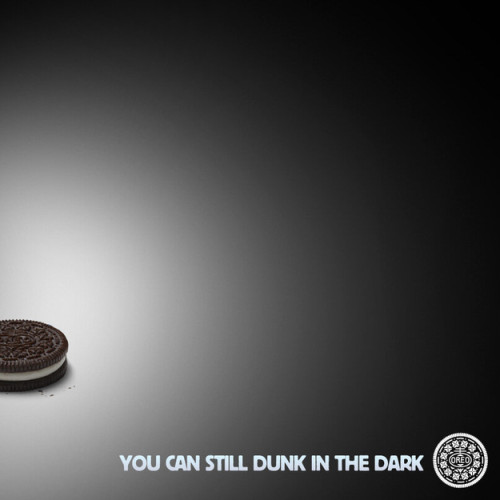 Beyonce shit the house down

Jay Z’s response  summed up the statements of many who suggested Beyonce’s live performance at half time may have sucked up too much energy:

Lights out!!! Any questions??

Java zero-day exploit: Don’t patch, just disable Java in your browser. – This past weekend, Twitter released information that over 250,000 accounts had been hacked and usernames and handles as well as encrypted passwords had been compromised. The Wall Street Journal reported that it had been the subject of sophisticated Chinese hack. A few months ago, Homeland Security recommended users disable Java on your browser. The reason is that Java browser plugin is the subject of many of theses hacks. To make your internet browsing safer, Slate’s Ryan Gallagher recommends using Java only in a secondary browser where you visit specific sites but keep Java disabled for most of your internet usage. Slate

As noted before, disabling the Java plug-in on your Web browser doesn’t require uninstalling it from your machine entirely, and it won’t prevent you from Java-based software outside of your Web browser. It just means that you’ll see an image like the screenshot above when you happen to visit one of the relatively few remaining websites that use Java applets. If you find you really need it for some sites, you can always disable it in your main browser but keep it enabled in a secondary browser that you use just for those sites.

Author Beverly Jenkins Nominated for 2013 NAACP Image Award – Author Beverly Jenkins was nominated for the 2013 NAACP Image Ward in the Literary Work – Fiction category for her work “A Wish and a Prayer: a Blessings Novel. Kimberla Lawson Roby won for “The Reverend’s Wife” “Jenkins, a writer of African-American historical romance fiction and has received numerous awards including five Waldenbooks/Borders Group Best Sellers Awards; two Career Achievement Awards from Romantic Times Magazine; a Golden Pen Award from the Black Writer’s Guild, and was named one of the Top Fifty Favorite African-American writers of the 20th Century by AABLC, the nation’s largest online African-American book club.” Examiner

Are Small Publishers the Future of the Industry? – BISG says that the small and medium-sized publishers are the healthiest part of the publishing industry. Small publishers are those that “need fewer than 10 ISBNs every year”. My question is whether a publishing house that puts out less than a book a month is really a publisher and whether those aren’t just author coops for self publishers. Saying that these groups are “small publishers” disguises the author oriented movement and reduces the numbers being generated by self publishing. GalleyCat 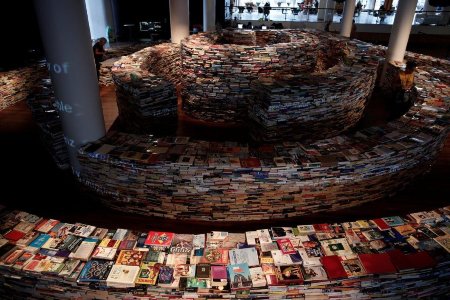 Get Lost in London’s 250,000-Book Maze – Using 250,000 volumes of printed matter, volunteers constructed a book maze in August 2012. Based on the “fingerprints of famed Argentinian author and educator Jorge Luis Borges”, a 5,000 square foot maze with 13-foot high walls was erected to celebrate curiosity and search for knowledge. When the book maze was taken down in August, members of the public were invited to take books home with them. Good.is

→ Jane
Previous article: Daily Deals: From contemporaries to thrillers, something for almost everyone
Next Post: REVIEW: Ballroom to Bride and Groom by Kate Hardy