The rise of the ‘Wimpy Kid’ empire – What’s a bigger literary empire than 50 Shades? Jeff Kinney’s Wimpy Kid series. Strangely you don’t see the “I want to die” or “Civilization is coming to an end” when the Diary of a Wimpy Kid books are being discussed. Having read three of them, I asked my daughter not to read them anymore. I found Greg, the Wimpy Kid, to be a terrible friend (only plays with the strange neighbor boy when no one else will), a liar (lies constantly), and a disrespectful and deceitful kid.

Kids love him and Kinney is an appealing writer. Part of Greg’s appeal is likely in that he loses as often as he succeeds but there aren’t any meaningful lessons being taught in the Diary books. They aren’t elevating civilization. They are not particularly thoughtful. Yet, episodes in these books permeate our children’s vocabulary and experience. I doubt that there is a kid in the Diary demographic that does not know what “Cheese Touch” means.

In any event, the Diary empire is worth $550 million, twice as much as EL James’ 50 Shades. Fortune Management

Bad Boys And Gals Present As More Attractive – A study published in Social Psychological Personality and Science suggests that individuals who score high on negative traits (Machiavellianism, narcissism, and psychopathy) come across more appealing when they have all their bad girl or boy paraphernalia on. When dressed ordinarily and with neutral facial expressions, their attractiveness quotient declines. Individuals who do not score high on the negative traits do not get a similar attractiveness boost when fully tricked out. Who knows exactly what this means. And by that I mean, apparently tons of girls want to sleep with Hunter Moore, the guy who invented revenge porn, and who thinks it is awesome to make fun of a woman’s body because she may have been trusting enough to send a picture to a guy and then broke it off from him.  Scientific American Podcast

Engineers pave the way towards 3D printing of personal electronics – So in how many years will I be able to print out an iPhone? Actually, I’d settle for an ethernet cable (I was looking for one the other day). The University of Warwick researchers have created a way to make conductive plastic composite from a 3D printer. The material, nicknamed ‘carbomorph’, enables users to lay down electronic tracks and sensors as part of a 3D printed structure – allowing the printer to create touch-sensitive areas for example, which can then be connected to a simple electronic circuit board. Warwick News and Events 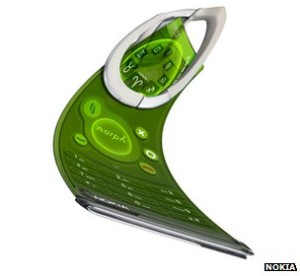 Bend me, shape me: Flexible phones ‘out by 2013? – Phone manufacturers like Samsung and Nokia are working on making devices with flexible screens. I’m not sure what I think of this as the more flexible something is, the more likely it is to be squished at the bottom of my purse with a left over tootsie roll from the last time I stole candy from the Halloween candy bowl. BBC News