How To Disappear When Someone’s Spying On You; ‘Privacy Wear’ Comes To Market – With NSA’s spying, the emergence of things like Google Glasses, and general spy implements easily and cheaply obtained on the internet, a new industry of privacy wear is emerging. These tools are designed to foil people who are spying on you and the product line contains everything from hooded capes to fabric pocket protectors for your phones. The hero in Reckless by Skye Jordan needed this phone protector since the heroine got his private cell phone number from an app that her friend had developed. But her invasion of his privacy turned out okay because who doesn’t like sexy tweets from strangers in an airport? Radio Lab

11 Books Every College Freshman Should Read – I had to read Carl Sagan before I started college. I think there were others on my list but that was the one I remembered because I understood only about ever third word. I’m not sure if the summer reading list sent you by college is meant to make you fear school or prepare you for it. Huffington Post says that every college student’s pre college reading list should include books like “The Body” by Stephen King and “Consider the Lobster” by David Foster Wallace. I think it should include “The Secret History” by Donna Tartt. Don’t join a secret society in college, kids. You never know what you might be asked to do. HuffingtonPost

Vincent Connare, Inventor Of ‘The Most Hated Font,’ Defends Himself – Among design folk, probably the biggest slap in the face would be to hear a comment like “at least the design doesn’t have comic sans” because comic sans is the most hated font created on the internet. Created by a Microsoft employee, comic sans has been used on everything from road signs to Vatican bulletins. It has even brought a couple together, united by their hatred of the font. HuffingtonPost 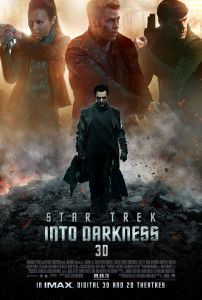 The real problem with Star Trek Into Darkness‘s bungled Blu-ray release – Star Trek’s Into The Darkness is being released Blu-ray this week but the fans are angry because there are so many different versions containing differing special features that it might cost a viewer over $100 to get to view all the various features and commentaries. There are special features exclusive to Target and different exclusive features exclusive to Best Buy. Apple has a special audio commentary available only to iTunes buyers. There will be special features in international releases as well. All of these has fans steaming mad. As GigaOM says, “trying to keep an entire industry alive on the backs of devoted fans craving limited edition features isn’t the most solid business model. It’s a solution that speaks of short-term thinking, at a time when the rise of HD-quality video coincides with ever-shrinking data caps.” GigaOM Tech News and Analysis