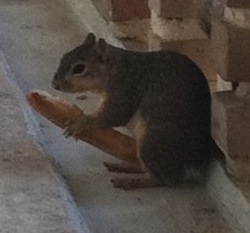 Facebook Removes Risqué Photograph of Woman Showing an Elbow – A website posted a picture of a woman in a bathtub where only her head, shoulders and elbows could be seen. The picture was taken down by Facebook for indecency. (Of course, 12 Year Old Sluts is okay, but elbows are not). According to one of the commenters, Facebook uses an algorithm to detect skin tone and if skin tone pixels account for a certain percentage of the entire picture, the image is flagged or moderated. I’m not certain I buy that given the number of bikini photos on facebook but it’s an interesting theory.

Algorithms are being used, however, to filter out content (mostly by stupid Western male teens?). When Wii U Miiverse was ported to the U.S. the developers learned that obscene content like penis drawings were being sent. While text is very easy to filter out, drawings are not. After several weeks of testing, they were able to write an algorithm to filter out penis drawings.  PetaPixel

New law to tackle stalking introduced – The UK has enacted tough new stalking laws. So tough that even casual communications could render the person guilty. According to the statute, stalking is harassment of a person through things like contacting, or attempting to contact, a person by any means; publishing any statement or other material relating or purporting to relate to a person; monitoring the use by a person of the internet, email or any other form of electronic communication. You must also prove that the harasser knew or should have known that the conduct was inappropriate. Read the entire statute here. The should have known standard in the US is what a reasonable person would consider inappropriate. BBC News

Several websites would be able to be targeted under this site like the now defunct creepshots, an anti reviewers site, revenge sites that allow the posting of pictures of exes, to name a few.

As drug industry’s influence over research grows, so does the potential for bias – The Washington Post reported on how drug company GlaxoSmithKline paid scientists to evaluate the efficacy of various diabetes drugs. The conclusion, published in the august New England Journal of Medicine, found that GSK’s drug was the best. The Washington Post


“What only careful readers of the article would have gleaned is the extent of the financial connections between the drugmaker and the research. The trial had been funded by GlaxoSmithKline, and each of the 11 authors had received money from the company. Four were employees and held company stock. The other seven were academic experts who had received grants or consultant fees from the firm.”

The Useless Web – This is for people who are really bored and want to find random new pages on the internet. My first click took me to “Ducks Are the Best” and the screen flashed different colors while pixelated ducks followed my cursor around.  My second click brought me to “Koalas to the Max” but the site simply consisted of a number of muted colored circles that divided into increasingly smaller circles. I’m now convinced that the useless web sites are all devoted to animals. Via Verge

→ Jane
Previous article: Open Thread for Authors (Author Promo) for December 2012
Next Post: REVIEW: With Everything I Am by Kristen Ashley