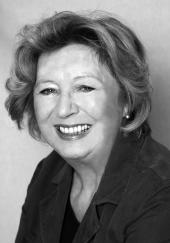 Ariana Franklin aka Diana Norman passed away on January 27, 2011.   This news came to me on Saturday and I passed it on immediately to Jayne. She’s a huge fan of Franklin’s books and wrote me back to tell me she was “desolate.” Franklin’s historical mystery series ended with a cliffhanger and thus the outcome of the series is unknown.   Franklin was 77 and had been ill and in the hospital.   Our “letter” in the upper right hand corner actually contains text from one of Jayne’s reviews of Franklin’s books.   She will be missed.

Freebies from Samhain this month include:

Amazon reported its first $10 billion sales quarter ever and announced that digital book sales had exceeded the sales of paperbacks for the first time (both trade and mass market).   One person commented to me privately that Amazon had never been a dominant player in the paper book sales market so this shouldn’t come as a surprise.   The official statistic is that for every 100 paper books purchased, 115 digital books are purchased.   Digital books at Amazon outsell hardcovers 3 to 1.

Another statistic that is being bandied about with great hope is that ebook readers are buying more print books but here is what I believe that statistic means.   Amazon is gaining new book purchasers and these individuals are consolidating their purchases in one spot.   So whereas customer A prior to owning a Kindle might have bought books at the supermarket and a brick and mortar store are instead buying everything from Amazon because they are now part of the Amazon eco system.   Thus, at Amazon there is a rise in paper book purchases but it is not an overall industry trend.   The AAP numbers don’t support this.

The stock price of Amazon fell by over 7% despite the big quarter because operating expenses were higher in the 4th quarter and Amazon had experienced an adverse impact due to unfavorable exchange rates. Overall, though, Amazon met the analysts predictions.

Borders did get a $550 million loan committment from GE Capital but it came with strings attached.   One of the requirements is that the publishers accept notes for the delayed payments.   Yesterday, Borders sent out notices that payments would not be made in January.   The conditions are unlikely to be met and I would expect Borders to announce either a Chapter 11 reorganization in a few weeks or complete liquidation. In order to undergo Chapter 11, Borders would have to have sufficient capital to see it through the reorganization period.

At least one industry person believes that Barnes & Noble is positioning itself to be sold.   The Riggios are book people and in order for BN to succeed in the future, it needs to be a technology company.

According to Nielsen, customers have been enjoying a record high percentage of discounts on print books in 2010 (thereby making the digital customer jealous and unhappy).   Print books are not subject to agency pricing model:

Retailers slashed a total of  £600m from the price of books in 2010 as book-buyers enjoyed their best year for bargains since records began.

The average discount given off a book’s r.r.p. last year was 26%-‘ slightly deeper than in 2009, when books were discounted by an average of 25.5%, according to Nielsen BookScan data. This means that for the ninth consecutive year, since BookScan Total Consumer Market records began in 2001, discounts have deepened. In 2001, discounts averaged a much shallower 17%.

I’m sure that most of the savvy readers of Dear Author recognize that the celebrity books, by and large, are ghost written.   For example, LuAnn McLane helped pen the Wynonna Judd “Restless” hardcover romance release.   Globe and Mail looks at a few other celebrity books and their ghost writers. Often a reader will never know the real name of the ghostwriter, but in certain circumstances, like the McLane/Judd book, it is openly acknowledged.

→ Jane
Previous article: REVIEW: Animal Magnetism by Jill Shalvis
Next Post: REVIEW: The Seduction of His Wife by Tiffany Clare