Cats Entertainment Watch The First Ever Internet Cat Video Festival Winner – I forgot to report on this. This piece was sent to me by reader Leslie. Someone organized a cat video festival and over 10,000 people attended to see awards handed out for the best cat videos on the internet. That’s some job creation right there. E! Online 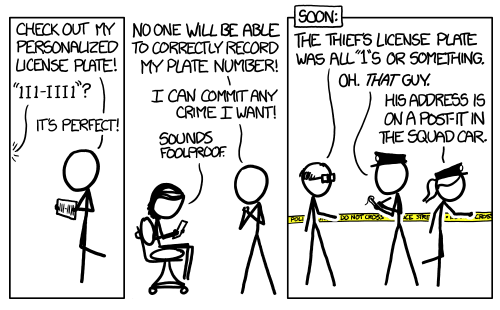 PIN number analysis – DataGenetics took a look at data from leaked passwords to determine some surprising information about pin numbers and password numerical combinations. Nearly 11% of the 3.4 million passwords in the data set were 1234 and 6% were 1111. In the top 20 was number 2580 which puzzled DataGenetics until they realized those are the four numbers in the middle of the keypad. (Look at your phone, not your keyboard)

DataGenetics also revealed the four digits that are lease used but advised “Now that we’ve learned that, historically, 8068 is (was?) the least commonly used password 4-digit PIN, please don’t go out and change yours to this! Hackers can read too! They will also be promoting 8068 up their attempt trees in order to catch people who read this (or similar) articles.”DataGenetics

Women must rip off the gag and speak up – Based on scientific research and anecdotal evidence, it appears that women tend to keep their heads down and their mouths shut, particularly when in a group of men. I used to participate in an ebook list and it was largely dominated by male voices. A female would speak up and be readily dismissed. It got to be so habitual, I just stopped participating altogether.

It is incredible, gob-smacking even, how many women out there consider themselves to be feminists, and yet, stick them at a table full of men and they will go as mute as porcelain dolls. To wit: did you know that a whopping 80 per cent of females feel underpaid, yet two-thirds haven’t bothered to ask for more money, while the remaining third say that doing so was one of the most anxiety-inducing things they have ever done? Women, this must stop! We must pipe up when we feel like piping down, and not presume that it will make us “frightening” and “intimidating” to men.  Telegraph UK

Reporting science: Journalistic deficit disorder – The Economist covers the failure of journalism to accurately report science leading to, I suppose, any number of misconceptions about, well, everything. According to a paper published by François Gonon of the University of Bordeaux in the Public Library of Science, press will report on many hypothesis that are later either “completely refuted or substantially weakened”. The press, however, never follows up and reports the changes in scientific research.

Research on research—particularly on medical research, where sample sizes are often small—shows that lots of conclusions do not stand the test of time. The refutation of plausible hypotheses is the way that science progresses. The problem was in the way the work was reported in the press.Ecnomist