Monday News: Amazon losing billions on video streaming; Your genes determine whether you are a night owl

Amazon Stops Testing $7.99 Monthly Option for Prime – About two weeks ago, Amazon announced you could join Amazon Prime on a monthly basis for $7.99.  As of November 16, 2012, Amazon has discontinued this service saying that it was just a test and the test is now done. There is something more afoot there but we don’t know what it was. Perhaps complaints of existing prime customers or the fact that it doesn’t make economic sense? AllThingsD

Netflix CEO Says Amazon Losing $1 Billion/Year on Streaming Video – Netflix CEO estimates that Amazon is losing between $500 million and $1 billion per year on its streaming video. There are thousands of movies and television shows that Amazon Prime members can access for free. An Amazon Prime member pays $79 per year for this access as well as two day delivery. Netflix charges $8 per month for unlimited streaming access to movies and television shows. AllThingsD

Hastings says he generated those numbers based on the value of the content deals that Amazon won when the two companies competed head to head. He says he thinks Amazon’s costs are split evenly between its U.S. operations and Europe, where it operates the Lovefilm streaming service

How one law student is making Facebook get serious about privacy – One Austrian law student is challenging Facebook’s privacy laws and making it safer for all of us. Under EU law Facebook must provide a complete accounting of all of the data it retains of a user within forty days. Max Schrems made this request and received a 1000 page PDF in return. In the PDF, there is evidence of multiple privacy violations. Schrems filed 22 formal complaints in Ireland (where Facebook is headquartered for tax purposes) prompting Ireland to ask for changes by Facebook.

US really needs a comparable law that allows individuals to request all the data compiled about oneself. Companies allowed to continue data mining without any checks or balances will result in even larger privacy breaches than we currently have. Ars Technica 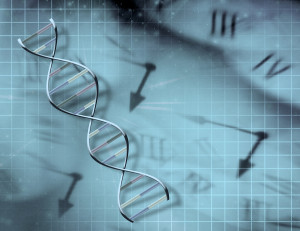 Gene Helps Predict Time of Death – According to new research released in the Annals of Neurology, a human’s internal body clock determines when a person is most alert and the heart is most efficient. Moreover, based on the circadian clock, researchers believe that it can predict the time of death (although perhaps not the day). The research has found a genotype that can predict if you are a night owl or an early riser.  HMS


“This particular genotype affects the sleep-wake pattern of virtually everyone walking around, and it is a fairly profound effect so that the people who have the A-A genotype wake up about an hour earlier than the people who have the G-G genotype, and the A-Gs wake up almost exactly in the middle,” explains Saper, who is also the James Jackson Putnam Professor of Neurology and Neuroscience at Harvard Medical School. Also, expression of the Period 1 gene was lower in the brains and white blood cells of people with the G-G genotype than in people with the A-A genotype, but only in the daytime, which is when the gene is normally expressed.

As an aside, I watched Prometheus for the first time this weekend and those were the dumbest group of scientists ever.  Ever.