Monday News: Parodies, Women ruining the prestige of YA, The Starbucks analogy, and KDP Success 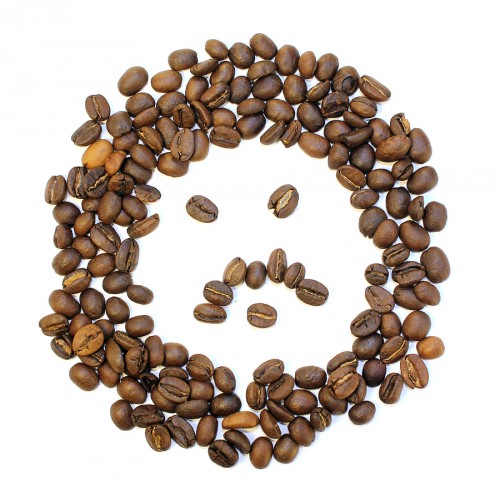 A prestige-free zone – Last week, I posted an article by Meghan Hewit at Atlantic about how YA literature has become dominated by women. Salon attempts to argue that the reason YA literature is not seeing the JD Salinger’s of old is because YA has lost its prestige. It’s being ghettoized by the vagina, you guys! Laura Miller, the author of the short Salon piece, offers no justification for this argument only that gynocracy is rubbing off the patina of prestige that YA once held. Salon.com

Pan Macmillan to parody The Casual Vacancy – Pan Macmillan is publishing a parody of JK Rowling’s The Casual Vacancy based solely on the jacket copy (cover art and fly leaf description). Is this the same thing as the Diamond Club, a crowd sourced parody of 50 Shades based solely on the cover and description of the books? One clear difference is that the Diamond Club is not marketed as a parody. It’s marketed as a book similar to 50 Shades but is, according to one of the authors of a chapter, “a book with no plot development, no character development and an over clocked sex drive.” I did think it was tremendously ironic that the creators of this “book” are so offended by the one star reviews being left for it. The Bookseller

Hey, Author,* About My $4 Coffee … – An author yesterday was upset when one of his readers complained about the over $13 price for the author’s ebook. In response, the author suggested that the reader enjoy his $4 cup of coffee. It might seem frustrating for the author to see readers spend more money on entertainment and luxury goods that the author measures his own work against, but as reader Liz points out, the coffee is not merely a two minute blend of milk and water. This is not to say that the author’s work is not worth $13 or that the author is wrong to value his work at more than $13, but “value” is determined by so much more than the author’s effort and the production but it also includes, to a great deal, what the consumer thinks it is worth.  Something More

Stop Using The Cup of Coffee vs. $0.99 App Analogy – The cost cup of coffee versus cost of [insert whatever form of digital entertainment here] is prevalent in books and games. This app maker tries to break down why the analogy doesn’t work.  The developer goes into a number of things that he thinks about when valuing a cup of expensive coffee presale including consistency; difficulty or perceived expenses in the creation of the item; and lower cost alternatives. When authors and app developers decry customers’ complaints about price, they are insulting their customer. Instead, the authors and app developers have to increase the perceived value in other ways – ways that don’t include denigrating a consumer’s valuation or choice. A Designer Life

My Brief Experiment Going Off KDP Select: At Least I Got This Nifty Blog Piece Out Of It! – We want authors to publish widely as readers. This is so that readers aren’t limited to one buying source (Amazon) and one device (the Kindle). However, the other retailers aren’t helping. The author of this post detailed how she felt that the two competing retailers: Kobo and B&N systems didn’t effectively promote her works as well as participating in the KDP program. I’m just not familiar enough with each self publishing program to assess whether the author was running an appropriate experiment or whether some action on her part was contribution to a non appearance on the B&N/Kobo lists. www.publetariat.com

Nielsen: More Teens Now Listen To Music Through YouTube Than Any Other Source – In spite of the headline, teens are still discovering music via traditional methods like radio but are consuming the music via new technologies like YouTube. Tech Crunch

The prevailing party – Universities and publishers have been engaged in a lawsuit over the fair use of copyrighted materials. Rulings were issued in a bench trial which essentially found that the universities had engaged in fair use. Of general interest was the boundary limitation that the judge placed on the size of the excerpts that could qualify as fair use. The judge noted that the longest permissible excerpt was 18.5% of the whole. More importantly, she ordered that the plaintiff publishers pay the attorneys fees and costs of the defendants because a large number of the copyright claims brought by the publishers were implausible to begin with and therefore the plaintiff publishers engaged in actions that significantly increased the cost to the defendants but without basis. Essentially this read like a Rule 11 Sanction against frivolous lawsuits. attorney’s fees incurred by Georgia State.” Scholarly Communications @ Duke