I didn’t intend to post this link but I had multiple send this to my inbox and tweet the link to me.   As a result of this post is that the author’s name and books are viral. It’s a smart marketing strategy for her self published books but probably places any future publisher contracts in jeopardy.  Multi published literary fiction author posted a diatribe against her publisher.  The author relates the following story.

Ordinarily shorts are not part of a non compete clause so what I can glean from this is that the author’s agent didn’t negotiate for a narrow non compete or the publisher is totally wrong and in that case, the agent and author should be telling the publisher to take a giant flying leap.  If the author is not in breach, she should be able to continue to self publish.  If she is not in breach, it is not likely the contract can be terminated.   If the author does have a lawyer and a competent agent then it is not likely that the author’s book or writing career is held “hostage”.

Author contracts are very one sided, weighted heavily in favor of the publisher, but authors sign these contracts of their own free will.  The best thing about this new market is that authors have a ton of choices.  The challenge for authors in this new market is that with increased power comes increased responsibility and risk.  It means foregoing an advance to have more control. It means taking charge of one’s product. No longer will an author be able to say that she has no control over the back cover copy, or the content of her book, or the cover, or the price.  For some authors, this is something that they excel at.  For others, some kind of publishing entity is necessary.

Print sales are down, dramatically, according to the AAP.  (If you are getting whiplash from the industry sales reports, you are not alone. After all, just last month Bookstats.org, of which AAP is a member, announced that there was revenue growth so take all these numbers with a grain of salt.)

Ebook sales are at 22% of trade book revenue.  (Trade books are fiction books including genre fiction)

Speaking of confusing and inflated numbers, I understand that the RWR, a publication of RWA, is touting over a billion dollars of sales for romances.  In recent years, I’ve been privvy to Bookscan reports and do you know who they include in romance sales statistics?  Nicholas Sparks, Danielle Steele, Emily Giffen, and even One Day by David Nicholls (which is decidedly NOT a romance).  In fact, I would guess that eight of the top ten authors in the “romance” genre aren’t really romance authors at all.  How much of the billion dollar market is made up of Sparks, Steele, et al. and not actual genre romance fiction?  My guess is at least 1/3 if not more.

I’m excited about the new Kindle for Desktop updates that brings copy and paste to Macs and the ability to create collections on your desktop. I wrote about it yesterday.

In other Amazon news, Wall Street Journal reports that Amazon is offering publishers licensing fees in order to allow Amazon to offer subscription access to titles. (Note: I didn’t link to the WSJ article because it is behind a paywall) Amazon already offers free TV and movies (nearly 3,000 titles) to Prime subscribers and WSJ suggests that this subscription access would also be free to Prime subscribers.  I have my doubts about who will actually sign on to Amazon’s library of digital books unless Amazon throws so much money at the publishers that they cannot possibly turn it down.

I found this to be a fairly siesmic announcement.  3M has announced that it is investing in Pixel Qi. Pixel Qi is the company that developed an amazing LCD screen that looks great outside but we haven’t seen a device come to market with that screen yet.  3M has been getting into the library market where there is currently only one competitor, Overdrive.  Everyone thought that Google and Apple would be Amazon’s biggest competitor but in the book arena, 3M has the financial power to compete as well, and the company is making serious moves.  For those not familiar with Minnesota, 3M is located on Innovation Drive in Cottage Grove.  (Disclosure, my dad worked for 3M).

“Pixel Qi’s full-function color screen technology, for the first time, gives consumers an outdoor-readable video display with exceptional battery life, usable anywhere, anytime. It’s a first in the industry. In our collaboration with 3M, we have the ability to accelerate this into mass adoption,” said Mary Lou Jepsen, co-founder and CEO of Pixel Qi.

Dear Author is going to participate in a scavenger hunt in concert with other bloggers for the book New York to Dallas.  You can read a little more about it here at the facebook page. I think that it will test your knowledge of the J.D. Robb books. They sent me a sample question with a picture:

Q: In SURVIVOR IN DEATH, three members of the Swisher family are killed in their townhouse. Only their daughter Nixie is left alive. What neighborhood is their townhouse in? 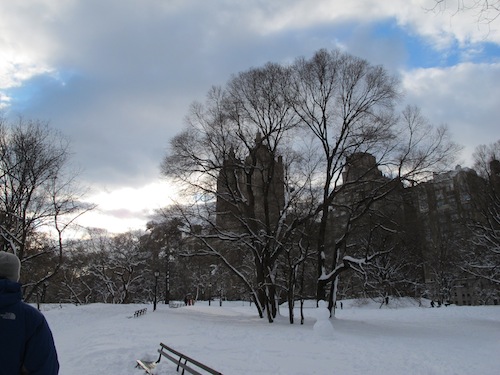