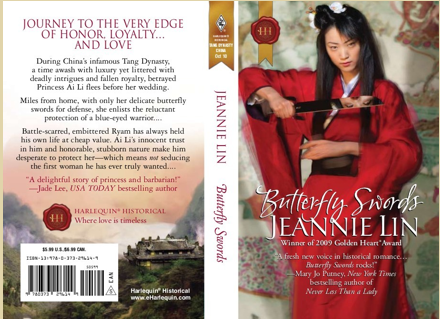 Harlequin Historical has a new period: Tang Dynasty China! Let’s hope Jeanne Lin sells a lot of these books so that there are more Far East historicals in our reading future. The book has a gorgeous cover.

****
Update: Amazon has dropped the price of the Kindle

BN has introduced a wi-fi only nook for $149 and dropped the price for the 3G one to $199. I promised myself I wasn’t going to buy anything until Christmas time but this is really tempting.

Barnes and Noble is the publishers’ favorite retailer apparently and some believe this might be helping BN to gain market share. Right now, they are in second at 20% of the digital market. BN’s young CEO, William Lynch, is quoted as follows:

"Publishers absolutely want us to succeed," Mr. Lynch says. "That’s driving their cooperation with us in the digital world."

While the article says that BN is using an open format, this is quite the misnomer. BN uses a separate and different encryption scheme so that nook books can only be read on a nook. That’s not truly open.

Bookbinge has a review of Wynter Daniel’s Can’t Stand the Heat featuring an anti-anti-hero. I’m not sure what the point of having a hero who is an unrepentant gambler who constantly puts his love in jeopardy through his addiction but maybe unrepentant addicts are the new black.

Our YA reviewer, John, posted last week about being gay, reading romance, and the challenges of choosing reading material without the judgment of others.

The free game is Mystery Case Files: Ravenhearst and the code is FREERAVEN. The game can be played on both PC and Macs. (Thanks for the tip, Lori).

Borders is selling Mockingjay, the finale in the Hunger Games trilogy, for $8.45. You have to order $25 to get the free shipping though. 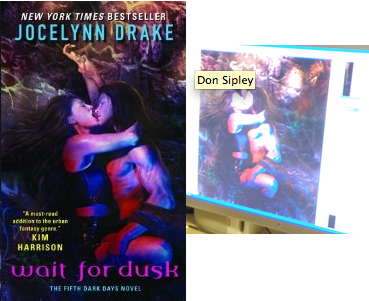 This was an interesting article about a cover artist. I think you can see Jocelyn Drake’s next cover

Publishers send Sipley brief descriptions of a book's hero and heroine -‘ their hair color, wardrobe, and the situation they're in -‘ then it's up to him to interpret how the cover should look. 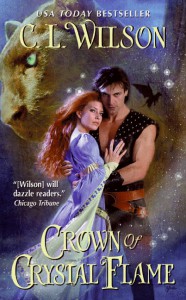 Speaking of covers, I ran across C.L. Wilson’s cover for the next installment of the Tairen Soul series.   Crown of Crystal Flame

is set for release on October 26, 2010. I’m not sure if the cover will change, but for me it falls under “What were they thinking??”

Digitimes says estimates that BN shipped 37% of the ereader units in April and May and Kindle only 16%. Digitimes claims that Amazon is reducing its Kindle inventory to prepare for the fall launch of new devices. Given that the Kindle is the first thing you see when you enter Amazon, I find it difficult to believe this report. The article also says that Sony will launch a new e-reader in July and BN will add one to two models this year and that 1.4 million ereaders were shipped in 1st Q 2010.

→ Jane
Previous article: Dear Jane: How do I use the user columns and saved searches feature of Calibre
Next Post: REVIEW: A Night of Long Knives by Rebecca Cantrell