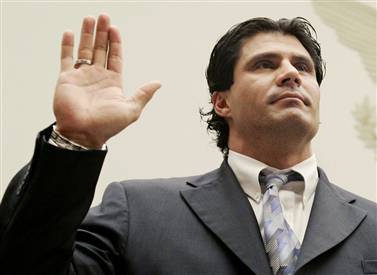 Jose Conseco’s next book tentatively titled, Vindicated, has lost its ghostwriter/editor. Don Yaeger, a former Sports Illustrated writer, has passed on the project believing that there isn’t enough there to form a book.

Not one player who was named in Conseco’s original book ever sued him for defamation and almost all of his allegations (if not all) were born out as truth in subsequent proceedings. (Who can forget Rafael Palmeiro standing before Congress and stating, under oath, that he never took steroids?)

Vindicated is supposedly going to expose Alex Rodriguez in some manner but the majority of baseball fans think he’s an ass already so perhaps Yaeger didn’t want to add to the pile on.