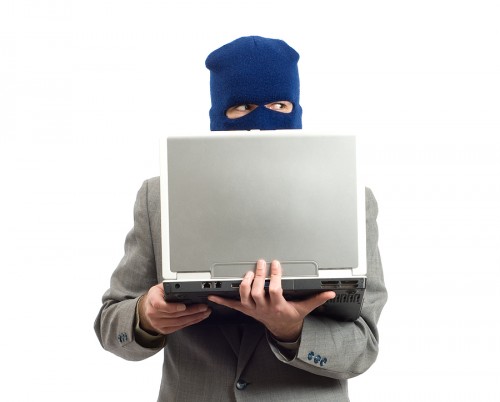 How a lying ‘social engineer’ hacked Wal-Mart – ” A Wal-Mart store manager in a small military town in Canada got an urgent phone call last month from “Gary Darnell” in the home office in Bentonville, Ark. Darnell told the manager Wal-Mart had a multi-million-dollar opportunity to win a major government contract, and that he was assigned to visit the handful of Wal-Mart stores picked as likely pilot spots. First, he needed to get a complete picture of the store’s operations.” CNN Money

The article goes on to detail how this was a hacking contest and Gary Darnell was actually engaged in a live demonstration of his ability to obtain “make and version numbers of the computer’s operating system, Web browser and antivirus software” as well as other pertinent company information.

Who’s That Woman In The Twitter Bot Profile? – “My goal was to draw a straight line from a Twitter bot to the real, live person whose face the bot had stolen. In the daily bot wars–the one Twitter fights every day, causing constant fluctuations in follower counts even as brands’ followers remain up to 48% bot–these women are the most visible and yet least acknowledged victims. And it’s almost always women, isn’t it? Bots are like a sorority party at 3 a.m.–a massive compilation of young, pretty faces who talk a lot of nonsense. But the women they portray are actual people, somewhere in this world. Who are they? And how were their photos dislodged from their original place?” Fast Company

This is a fascinating story about social media identity theft (and dovetails well with the first article)  but it touches on the concept of fair play. There was a Wall Street survey taken and the vast majority of bankers agreed that they had to do underhanded and possibly shady things to get ahead. In the self publishing world, we see these sorts of actions all the time as some engage in free riding at best and sneaky, underhanded behavior at worst. In this case, people are buying twitter followers by the thousands. What’s the point of doing something ethically? I wish the way it worked was that ethical behavior was rewarded at a higher level than unethical behavior.

A bundling experiment – “At the beginning of July Osprey imprint Angry Robot launched a bundling experiment, Clonefiles, through the independent bookshop Mostly Books. The scheme offered the digital version of Angry Robot novels free to customers when they bought the physical paperback. Two weeks later Osprey chief executive Rebecca Smart told The Bookseller, that the initiative had trebled sales of the publisher’s titles at the trial store. The scheme has been supported in-store with a window display and signs explaining how it works. There is now an intention to roll it out in other independent bookshops.” Future Book

I’ve never understood bundling but it’s obviously popular with others.

Ingram Makes Color Print-On-Demand More Economical – “Ingram Content Group has announced a new “standard color” pricing model for print-on-demand technology that has reduced costs by roughly two-thirds, making color POD an economical publishing option for the first time. Achieved through advancements in inkjet technology, the price drop means that a greater range of book content can be printed in color and done faster around the world.” Publishers Weekly

Advancements in inkjet technology sounds funny to me but I hope that they can apply those advancements to black and white printing so as to bring down the cost of long form print books as well.

The Favorite Books of America’s Best Authors – “There’s a reason accomplished writers always say you must read much to write well. Reading opens you to new styles and stirs your creativity. So whether you’re looking for titles to add to your summer reading list or you just want to see how their picks line up with yours, here are the favorite reads of some of our country’s finest writers. (Like many people, many of these authors could not bring themselves to pick just one favorite, or even 10 favorites, in some cases, so we have highlighted one that just seems to fit them.)”  OEDb

This is a fun list of classic authors’ favorite books culled from news articles and anecdotes. Unsure of how accurate it is.

HarperCollins Stands By Berenstain Bears Chick-fil-A Promo – ““It is not our practice to cancel a contract with an author, or any other party, for exercising their first amendment rights,” says a statement issued by a HarperCollins spokesperson to the New York Daily News. “As a publisher, HarperCollins is committed to the freedom of speech. We have a long history of diversity and inclusiveness, and work tirelessly to protect the freedom of expression for all of our authors.”” School Library Journal

Interestingly eBay does not collect sales tax per state and it has been Amazon’s position on tax that they would accept taxable consequences when the internet retailing landscape was even. Wonder if a B&N sale through eBay is taxable?