Friday News: Harlequin Revenues Down; YA revenues up; Mike Shatzkin frustrated by rest of us failing to recognize publishing’s uniqueness

Watch the Stunt Double for Roger Moore almost get eaten alive by crocodiles!

Hardcover Children’s & YA Revenues Up Nearly 30% – Mass market books have plummeted yet another 20.4% in the month of July per the report of the Association of American Publishers. If you recall, the Fifty Shades books and their ilk are trade paperbacks which saw an 11.4% increase. YA has seen the biggest growth with Hardcover YA up 29.7% and ebook sales up 222.0%. I wonder if the increase in YA books is due to B&N redoing its stores to have larger YA sections. GalleyCat

Harlequin Hires Antipiracy Enforcer – From the Press Release: “Effective July 2012, Harlequin has brought the online piracy enforcement process in-house with the appointment of Harlequin’s Online Rights Assistant, Evan Brown. This is a new role, dedicated to policing online piracy of our authors’ copyrighted materials. We ask that authors, agents and editors email links to pirated books to Evan at [email protected] Harlequin is committed to actively protecting the copyrighted materials of its authors and seeks to provide the most effective solution for online piracy.” Digital Book World

Torstar third-quarter profit falls as it expects challenges in ad revenues – Harlequin’s revenue dropped from $115.7 million to $107.8 million due, according to Harlequin, to sales of 50 Shades. The sales of the trilogy were larger the the entire NA revenue. Harlequin also indicated that 4th quarter results (profits) will be lower because of a higher digital royalty rate. Global Toronto 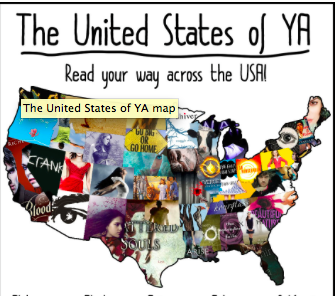 The United States of YA – EpicReads site posted this awesome map of books that take place in every state in the US. I’ve actually read and enjoyed several of these books. A friend made me read John Green’s The Fault in Our Stars. It’s a pretty beautiful story but sad and uplifting at the same time. Epic Reads

Trying to explain publishing, or understand it, often remains a great challenge – Mike Shatzkin, consultant to traditional publishers, wrote yesterday how tragic it is that lawyers just don’t understand how truly special the publishing industry is. It’s tragic because lawyers and their application of the law is going to destroy the publishing ecosystem. Idealog

But I’m afraid my major takeaway was, once again, that the legal experts applying their antitrust theories to the industry don’t understand what they’re monkeying with or what the consequences will be of what they see as their progressive thinking. Steamrollering those luddite denizens of legacy publishing, who just provoke eye-rolling disdain by suggesting there is anything “special” about the ecosystem they’re part of and are trying to preserve, is just part of a clear-eyed understanding of the transitions caused by technology.

As always, Shatzkin’s insider look at how trad publishing thinks is insightful.