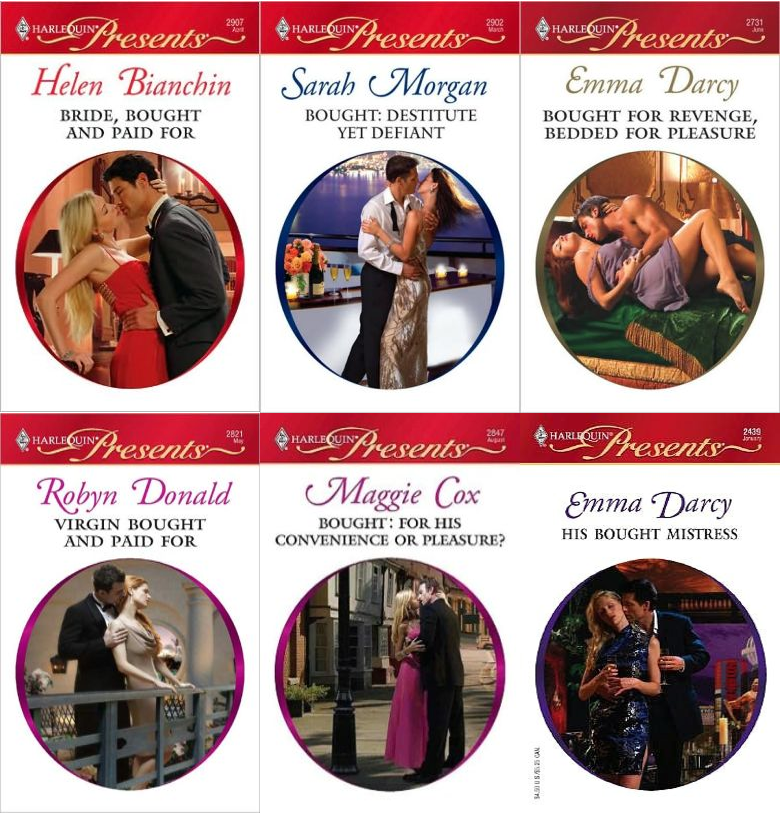 Updated by Jane to add: This morning it was announced that News Corp. will buy Harlequin for close to a half billion dollars and that Harlequin will become a division of HarperCollins. The “Harlequin as a division of HC” is worrisome to me. When Penguin and Random House merged, each remained its own separate entity. With Harlequin as a division of HC, I think it is safe to say that several things are going to change. Harlequin has always been reader friendly, library friendly publisher. And it has, particularly in recent years, tried hard to push diverse characters into its mainstream lines. Honestly I feel a little dismayed about this.

Appeals Court: Book Publisher Must Face Self-Dealing Lawsuit – So it looks like the authors suing Harlequin are both winning and losing. The 2nd Circuit held that the subsidiary companies Harlequin established in the 1980s and 1990s were valid representatives of “the publisher” per the contractual agreement with authors. However, Judge Parker reversed the holding of the lower court in regard to the self-dealing claim, which relates to the 6 to 8 % Harlequin Enterprises paid to its subsidiaries (and therefore for distribution to the authors in the form of royalties) was far too low relative to the industry standard. Now the case goes back to the lower court for further proceedings.

The ruling could be a confidence boost for others bringing vertical integration claims. For example, The Walking Dead creator Frank Darabont sued last December in a New York court with a claim that AMC has cheated its profit participants by licensing the show to itself and “creating an unconscionably low license fee formula that had no regard for what AMC or any other network would pay in an arms’ length agreement for the right to broadcast such a comparable highly successful series.” –Hollywood Reporter

Nintendo Forgoes An E3 Press Conference Again, Brings ‘Smash Bros.’ To… Ever Wondered How Nancy Grace Comes Up With Her ‘Infamous And Wacky’ H… Someone Asked The Toronto Public Library To Remove ‘Hop On Pop’ Because It Promotes Violence Against Dads – The Toronto Public Library released its top seven books that were the subject of requests for banning within the last year, and the Dr. Seuss classic Hop on Pop made the list for promoting violence against fathers. Sometimes you have to wonder if this kind of thing is a joke, or whether someone really believed that Dr. Seuss was somehow promoting patricide. These kinds of requests illustrate the danger of banning, but they also have to give us pause around any assumptions we might have about universal textual interpretation.

As for the other titles that received complaints, Bill O’Reilly’s Killing Kennedy was accused of containing “falsehoods because it concludes Kennedy was killed by Oswald along”; A Kiss Remembered was deemed “obscene” because it “offends current societal morality”; Complete Hindi “contains inaccuracies and states that Hindi and Urdu are paired languages”; Flesh House is “shocking and disturbing”; the children’s book Lizzy’s Lion is “violent and disturbing”; and in my personal favorite complaint that I wholeheartedly agree with, the DVD copy of Adam Sandler’s That’s My Boy should be removed because it “shows sick and illegal behaviour and depicts it as humorous.” –UPROXX

What is Free Comic Book Day? – Free Comic Book Day occurs the first Saturday in May, and involves comic book shops around the world giving away free copies of volumes as a way of promoting the genre, its creators, and its commercial retailers. Apparently authors appear at some of the stores, depending on location. A full list of participating stores can be found on the website. –Free Comic Book Day

Decipher These Mysterious Margin Notes and Win $1000 – When someone donated a rare 1504 copy of Homer’s Odyssey to the University of Chicago Library, they did so wondering about two pages of margin notes in the text that have yet to be deciphered. So the owner is now offering a financial prize in order to incentivize discovery of the words’ meaning. More details can be found at the University website here.

What do they say? Why are they there? The person who donated the book to the library has offered a prize of $1000 “to the first person who identifies the script, provides evidence to support the conclusion, and executes a translation of selected portions of the mysterious marginalia.” The donor thinks it may be a form of French shorthand, but has no evidence for this. The notes interact strongly with the text, underlining and bracketing the specific parts they comment on. The text is in Greek, by the way, so that may make your deciphering a little more difficult. –Mental Floss