Publishing Dealmaking: Romance On The Rise – RT had a nice summarization (and chart) that breaks down the deals reported at Publishers Marketplace. Details of interest to our crowd:

Eighth Circuit Overturns Preliminary Injunction in Student Speech Case – The Foundation for Individual Rights in Education – In light of the recent reddit situation involving the legal but sketchy subreddits and its claim to prize free speech above all else including the predatory behavior toward women and girls, this case is particularly interesting. Two brothers in Missouri set up a blog wherein they made racist and sexist comments, particularly targeted toward female students. The school district wanted to punish the brothers and the lower court said that off campus speech could not be moderated. The Eighth Circuit disagreed arguing that the speech was directed at the school and caused “substantial disruption” to school activities. Part of why the brothers’ speech was found to be problematic was the use of school computer to upload files for their website but the Eighth Circuit also said that the location of where the speech was less important as the subject of the speech – the school. FIRE

That Amazon Video You Bought? You May Not Actually Be Able To Watch It – The Consumerist relates an anecdote that might make you think twice about spending money to stream movies. A woman had paid money to Amazon for Puss in Boots. However, when she went to rewatch the movie, she received a message that the movie could not be viewed. In the fine print, Amazon reveals that a movie that you have paid for might not be accessible at a later date due to content provider licensing restrictions. I’d ask for a refund. The Consumerist 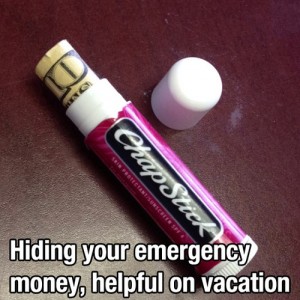 99 Life Hacks to Make Your Life Easier – This is a fantastic list of mini lifehacks to make your life easier from using a staple remover to hold open a key ring to tying a baggy of vinegar around a shower head over night to clean it to the best way to layer sandwich meat for the most coverage. Kottke