Dorchester appears to be dead. According to Publishers Marketplace, the assets (including any book contracts) of Dorchester Publishing have been put up on the auction block.  (Reg Rq’d)  There is one bid from a “FAA Investors LLC”, but PM was unable to flush out who the company was behind the bid.

Everyone and their cousin is writing about Fifty Shades of Grey.  Slate suggests that the female fantasy of being sexually overpowered is one of narcissism.  I find this to be a kind of fascinating concept.

Instead the desire is narcissistic, meaning that women want to be the object of someone else’s overwhelming lust and need. Women want to be wanted, and if they are not they lose interest quickly. “What really turns women on is being so sexy that someone can’t help but transgress to get to you,” says Marta Meana, a professor of psychology at the University of Nevada.

I think Meana might be on to something.  I’m not certain it is narcissism that is the root of this but the concept itself explains why the stalking is viewed a sexy.  Before we dismiss this out of hand, I think it is a concept that deserves exploration.  I’d argue that the concept arises out of security. In other words, a man who is willing to “transgress to get to you” is a man who won’t leave you, won’t cheat on you, won’t do anything to endanger or imperil you.  This isn’t the reason that everyone enjoys a romance but it’s interesting.

You want a digital copy of a DVD you bought? Warner wants you to pay for that. In fact, they want you to take the DVD to a DVD ripping depot where, in return and for a fee, you will get a DRM’ed digital copy.  Seriously.

A Michigan moviegoer has filed a lawsuit against theaters for the outrageous price of concession food.  He is looking for it to be a class action.  Where do I sign up? 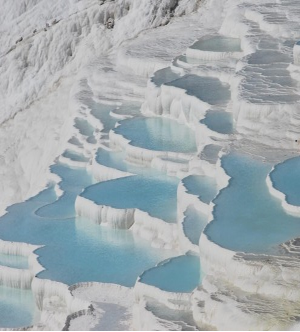 i09 has a post putting together 10 amazing real world locations where a writer could set their book. The places are so amazing that it is hard to choose one favorite place but I ended up with Pamukkale, Turkey because I don’t think I’ve ever read a book that featured a setting like it.