Amazon Publishing Acquires 1,000 Publication Contracts from Dorchester Publishing – Back in June, Amazon bid for the Dorchester publishing contracts and today closed the deal. According to DBW, authors “were offered the opportunity to join Amazon Publishing and receive the full back royalties that Dorchester indicated were owed.” I think that’s a pretty fair offer.

Going forward, the acquired Dorchester titles will be published under the appropriate Amazon Publishing imprints: Science Fiction, Fantasy, and Horror titles to 47North; Romance titles to Montlake Romance; Mystery and Thriller titles to Thomas & Mercer; Westerns and other titles to AmazonEncore. Titles will be available both in print and as Kindle books. Under the terms of Amazon’s bid, any former Dorchester Publishing authors that chose not to work with Amazon Publishing will have their rights revert back to them to pursue other publishing opportunities including self-publishing via the Kindle Direct Publishing platform. Digital Book World

Argos, Foyles and Blackwell’s to sell Nook – Beginning in October, B&N will sell their eink Nook Simple Touch and Glow Nook in retail stores in the UK. The retailers include John Lewis (which also sells Kindles and Kobos) as well as Blackwells, Foyles, and Argos. The expected number of outlets will be around 800. The Bookseller

Amazon Files Patent for Dual Screen Tablet – Amazon has filed for a patent for dual screen tablets. If Apple can own the rounded rectangle shape then Amazon gets the two sandwich screens? It’s like these big tech companies are playing monopoly with a building blocks set. The Digital Reader 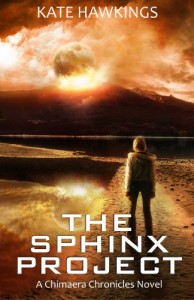 An Update And An Announcement | Who Needs Neverland? – Katherine Hawkings paid an artist to create a beautiful cover for her book. It was so nice some other author decided to appropriate it. After some determination, Hawkings eventually got at least one site to remove the copied iimage and the artist of the cover has gotten in contact with her. Hawkings has put her book, The Sphinx, on sale for $.99 if you are interested. It’s available at Amazon and at Smashwords. Use the code FH64V for Smashwords. Katherine Hawkings