Friday Midday Links: YA fiction permeating every area of publishing

2012 Amazon Breakthrough Novel Award (ABNA) winners – Amazon and Penguin Group (USA) Name Alan Averill and Regina Sirois Winners of 2012 Amazon Breakthrough Novel Award Contest.  Both receive publishing contracts and a $15,000 advance from Penguin Group. A shortlist is compiled by authors, agents and editors and the customers of Amazon voted for the winners.

Regina Sirois was born and raised outside of Kansas City. She minored in Creative Writing, but never found the right inspiration for a story until she became the mother of two girls. “On Little Wings” is her first novel. In it, 16-year-old Jennifer’s discovery of an aunt she never knew existed reunites her family and provokes love and forgiveness. One customer reviewer writes: “…some of the most exquisite writing I’ve seen in a VERY long time. Any given sentence, paragraph or scene was sublime.”

Univ. of Minnesota Press Moves into YA Fiction – “An author’s error in sending a manuscript to the University of Minnesota Press, instead of to its intended recipient – Minnesota Historical Society Press  – has resulted in a first for a publisher best known for publishing scholarly books on current events and regional nonfiction for adult readers. This fall, the University of Minnesota Press will release a hardcover YA novel, Frozen by Mary Casanova. According to the press’s director, Douglas Armato, the press has reissued “a couple” of YA novels in the past, just to keep them from going out of print, but has never before published original YA fiction. The initial print run for Frozen will be 7,500 copies; it will also be available simultaneously as an e-book.” PW

Book Goggles: Authors Behaving Badly: Daphne du Maurier – “Imagine a story where a woman marries a wealthy man whose dead wife still holds a grip on everyone in the house, with a housekeeper that’s passionately devoted to the deceased mistress of the house. Sounds like Rebecca, right? Well, this is also the plot of A Sucessora by Carolina Nabuco. Which was written in 1934. Four years before du Maurier published Rebecca.”  My Book Googles h/t to Shalor

Via the magic of Google, there are a few more references to du Maurier’s possible plagiarism of A Sucessora. This blog says the following:

“Nabuco never sued Du Maurier for plagiarism, though she did write in her book of memoirs Oito Décadas (“Eight Decades”) that she herself translated A Sucessora into English. She then submitted the manuscript to a New York publishing house, requesting that they forward her proposal to British literary houses as well. Whether Du Maurier actually read Nabuco’s translation has been subject to debate, though Daphne Du Maurier, Haunted Heiress author Nina Auerbach reportedly claims in her book that that was indeed the case. (I haven’t read Haunted Heiress.)”

Jason Gilbert: Nexus 7 vs. Kindle Fire: Google Smacks Amazon With Superior $199 Tablet –  I’m summing up this article for you. Nexus 7 has a better screen resolution, thinner, lighter, faster, more powerful with a camera, volume buttons, microphone, bluetooth, port for video out, and better battery life.  To sum up, unless you are hardcore user of Amazon Instant Video, don’t waste your money on a Fire.  Huffington Post

What does the Supreme Court’s health-care ruling mean for me? – The Washington Post –  For our independent contractor friends out there, Washington Post has a calculator you can use to determine your costs of healthcare now the ACA has been upheld (mostly) by the Supreme Court.  “Beginning in 2014, virtually all Americans will have to obtain health insurance or pay a penalty. There also will be new opportunities to get coverage, including state-based marketplaces known as exchanges* (through which individuals will be able to purchase private plans that meet strict benchmarks for quality) and federal subsidies to help low-income people buy plans on the exchanges. “Washington Post

“Prior to finding basketball, James completed a six-year term in the United States Air Force, serving three tours in Iraq, Afghanistan and Qatar. James enlisted in the Air Force when he was 17 years old and eventually rose to the rank of staff sergeant.  In Iraq, he guarded thousands of detainees at Camp Bucca. In Qater, he secured buildings and airplanes. In Afghanistan, he worked as military law enforcement.” 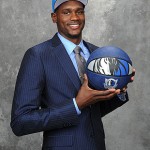 James was drafted 33rd by Cleveland last night. What a great story. And dude, if some author writes about a military vet drafted into the NBA as a romance hero and whitewashes him, I’m coming after you and it won’t be pretty.