On Tuesday (I think it was Tuesday), I downloaded the teaser chapters of Connie Brockway’s Amazon Montlake book.  Amazon Montlake, you’ll recall, is Amazon’s romance imprint.  The teaser chapters are designed to promote Brockway’s book and encourage you to buy the title when it is released in November.  I am excited about Brockway’s releases.  I’ve been awaiting Giles’ story since forever and I am hopeful that The Other Guy’s Bride will be just as good as it’s predecessor, As You Desire.

That said, Amazon Montlake’s cover and then the title were in auspicious starts.  The cover, particularly the font, recalls an 80s contemporary and the title doesn’t have a historical feel, but a chick lit feel.  But setting that aside is the astonishing bad quality of the teaser chapters.

Update:  It has been pointed out that the teaser chapters are unedited. I don’t know if that changes how I feel about this, but I felt like I should point it out.

This is Amazon’s own product and frankly, mobipocket is really just a container of html files.  The cleaner the html file, the better the end product.  (Remember this point for the next part of this post). One would think that Amazon and all of its tech folks would put out a proper ebook, right? Particularly for a book that is intended to launch its line in a crowded market?

Let’s set aside some of the editing problems I think the chapters had and just focus on the formatting. And then this completely bizarre passage which I believe is an editorial suggestion: Then there is the actual content.  The first couple pages contains this line.

Because aside from not knowing if the setting sun would be bright enough to cover his scramble for that depression, he had no idea if the linen would burn or how fast it would if it did

Shouldn’t that be aside from not knowing if the setting sun would be dark enough to cover his scramble?

As reader S. McNulty points out there are several continuity problems:

So what’s his name? Is it James Owen or James Owens? It changed by paragraph. Also, with the secondary male, Pomfrey. He was a colonel. Then he was a captain. Then a colonel again. And which is it? Colonel Lord Pomfrey or Lord Colonel Pomfrey? I know there’s a fun story here but the editing problems and the continuity problems kept taking me out of it. I hope the book is still in draft and that these issues can be addressed before the November 1, 2011 release date. I would really like to read the finished product.

None of this is Brockway’s fault, of course, but it does say something about Montlake and Amazon’s commitment to quality publishing. This piece is not ready for public release yet.

Remember what I said about clean html?  It’s something that needs to be drummed into self publishers and those who deem themselves to be publishers.  BookEnds is publishing Christie Craig’s Dorchester books.  As Dhympna reports, the production quality is really poor. She has more screenshots but I figured this post was getting image heavy.  Any one who is in the publishing business whether it is Random House (who is notorious for these kinds of errors) or Amazon or an agency publishing books for their clients.  Don’t forget the Lora Leigh/Berkley debacle.   Some of these problems occur during the OCR process (turning the screen image into text) and some of them occur due to html problems.  My suggestion for authors digitizing their backlist? Go and pirate your own book. You will likely find a well proofed copy of your own book that will have pristine html code.

The question is, of course, does any of this really matter? Are we making mountains out of molehills?  Dean Wesley Smith, self publishing advice giver who proclaims that one should never ever ever give percentages of your work away, doesn’t want to hear about typoes from readers. He is going to write 100 stories in one year and publish them (although what does publish mean here?)

#1… Please, I know I will make typos and such.  I don’t care and please don’t tell me. Thanks. If you have trouble reading something with a few typos, please don’t read these stories. There is no such thing as a perfect story and I ain’t trying to write one. Or 100 for that matter.

Kobo is taking over the Borders ebookstore.  If you have bought even one book from Borders, go to this link and start the transfer of your books. It’s painless but important.  You will need your Borders username and password.

Amazon has disallowed tagging for digital books. Some cry conspiracy by Amazon and the Big 6 because Amazon has an interest in pushing down the self publishers. OHREALLY?  Another author posits that this was taken away because Amazon was aware of how blatantly authors were using tagging to game the system.

I have no more data than anyone else so I won’t go so far as to claim no doubt but it’s my educated guess that tags stopped being a reflection of what readers thought and just a cheap way for authors to game the system. So Amazon killed them, at least in their original form.

This link has images of Jane Austen’s original manuscripts.  She edited herself.  A lot. 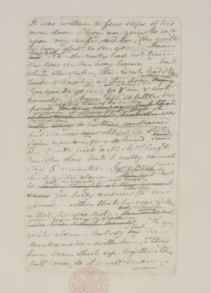 Finally, do you sometimes get the impression that cover artists are just, well, messing with us?  Is that a penis poking out of your pants or are you just the product of a photoshop job gone bad? 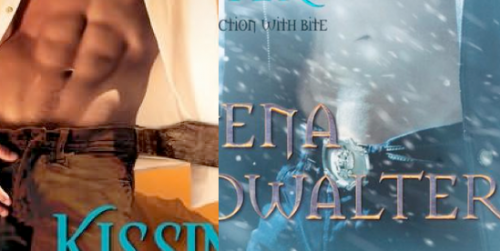