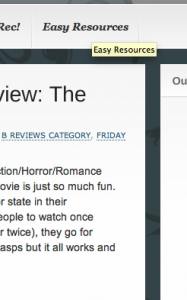 Looking for something to read this weekend? I’ve updated the Coming Soon catalog.   Here’s the November page.   I’ve also updated the Harlequin digital backlist and the Berkley Trade and Mass Market list.   These can all be found under the Easy Resources tab.

I’m surprised that no one has yet come up with a subsidized ereading device plan. It’s one I suggested a long time ago wherein you would require a customer to buy a certain amount of books every year or month in exchange for the use of an ereading device. I.e., you have to buy $20 per month of books from that store (say Amazon) and in exchange you get a new Kindle. Like a cellphone plan, you might be locked into that agreement for a period of time like two years. It seems like a good way to get users hooked on your platform. I wouldn’t even mind a lease or rental program for the ereaders given how fast these suckers change.

A Dutch company is offering readers a free ebook device (worth 149 Euros) in exchange for any customer who buys ten ebooks from them. Nate over at theDigital Reader is trying to run down the veracity of this claim.

Nate’s blog, which is a must read for any digital reading enthusiast, also has posts about a few new ereading devices:

Stephen King isn’t quite ready to self publish but admits to making ridiculous money off his digital short Ur.   It took him three days to write and so far has netted him $80,000.

Harlequin is really, really looking for some fresh voices. I’ve been told that they have a campus outreach program right now and are going to launch a week’s worth of talent scouting on the internet.   At the end of the week people can send in a first chapter and synopsis to a special email box:[email protected] and get a priority read by eager editors looking to work with new talent.

So You Think You Can Write allows hopeful novelists to spend an entire working week with more than 50 Harlequin editors andUSA TODAY bestselling authors through social-media tools such as blogs, podcasts, webinars, community chats, community discussions and Twitter. Harlequin editors believe that by engaging unpublished writers, explaining the tremendous appeal of the romance genre and offering professional insights into crafting the perfect story, they can help promising young novelists hone their skills and get started on the path to publication.

Every major bookseller now has a digital self publishing platform:

Authorhouse has been signing up publishers to create a self publishing arm such as Harlequin’s DellArte Press and Thomas Nelson’s   WestBow Pres.   Self publishing is a huge business and with authors promoting this as a valid path to a career in writing you have to wonder how long the Big 6 can sit on the sidelines without wanting a piece of that pie themselves.

Mystery Writers of America has delisted Dorchester Publisher as a recognized publisher of its organization and thus no books published by Dorchester will be considered for awards from the MWA.   One of my favorite responses to this was on Twitter:

Anyone else hear about MWA booting Dorchester off their approved pubs list? It’s kinda like hearing your ex got herpes after you broke up.

Of course, MWA is one upping RWA here.   RWA was able to call an emergency session to get Harlequin delisted but it’s still deciding what to do about Dorchester?

Kobo is not going quietly into the night.   Determined to compete for consumer attention in the digital reading space, Kobo has announced that its wifi reader will be in Wal-mart and indeed,   the Kobo Wifi reader is selling for $129.   I’m definitely seeing a $99 ereader during Black Friday and I wouldn’t be surprised if it is the Kobo Reader   Kobo reader, if you recall, reads epubs but not nookBooks or Kindle books.   It is compatible with libraries and all other epub DRM book.

It has also announced that it will be selling newspapers and magazines as well with a 2 week free trial. Don’t forget you have a chance of winning a Kobo Reader if you buy Jeannie Lin’s Butterfly Swords before the end of October.

One more thing about digital books and that is the issue of price parity around the internet. Some people have emailed me about this.   As I understand it, many of the Big 6 have price parity deals with the online retailers, in that if the publisher makes a promotional deal with one retailer, all retailers get the same deal (or all the big retailers).   So if you see a deal on an ebook at Kobo but you are a Kindle user, most of the time, the Amazon prices will be equal to that of the Kobo pricing.   For example, St. Martin’s Press is selling some of its old backlist titles for $2.99.